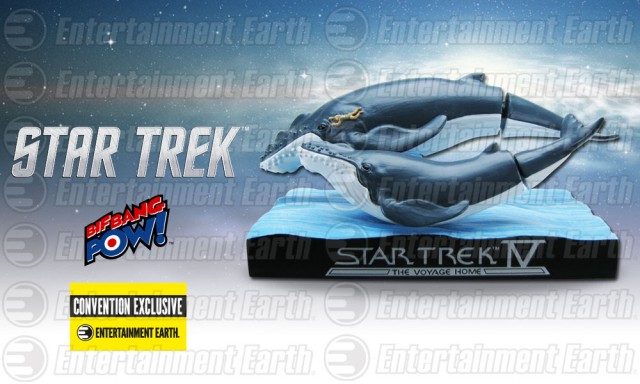 Space might be the final frontier, but the sea is still just as fascinating. Now you’ll be able to bobble with some beauties of the deep blue sea thanks to the Star Trek IV: Whales with Spock Bobble Head – Convention Exclusive from Bif Bang Pow!

Unlike other bobble heads, the unique aspect of this collectible is the fact the tail of each whale bobbles instead of the head. And, making it a true collectible, the run will be limited to just 1,998 convention-exclusive pieces, each individually numbered.

Stay tuned to Entertainment Earth News and all of our social media networks for the latest SDCC reveal news.