Stormtrooper Egg Attack Figures Are Ready and in Position

The Empire is getting ready to attack the Rebel Alliance and they need their best reinforcements so they’re calling on the Star Wars Stormtrooper and Sandtrooper Egg Attack action figures from Beast Kingdom for aid!

Armed with the classic E-11 Blaster and DLT-19 heavy blaster, this movie-accurate Stormtrooper is ready to hunt some Rebel scum. Painted with utmost precision to capture the look directly from the movie, this Stormtrooper is the one you’re looking for.

When the Empire needs troops on the ground of desert planets, they deploy their Sandtroopers. This figure comes with E-11 Blaster and T-21 light repeating blaster rifle as well as a SD-48 survival backpack to make sure they’re prepared for anything. Check out the detail of the figure too, with every piece of armor included and painted to look like it’s covered in sand.

Each Egg Attack figure measures 6-inches tall and has over 24 points of articulation so you can pose them however you want!

These troopers are falling into position so get them while you can. They’re currently available for pre-order at Entertainment Earth with free shipping and an expected arrival date of March 2016. 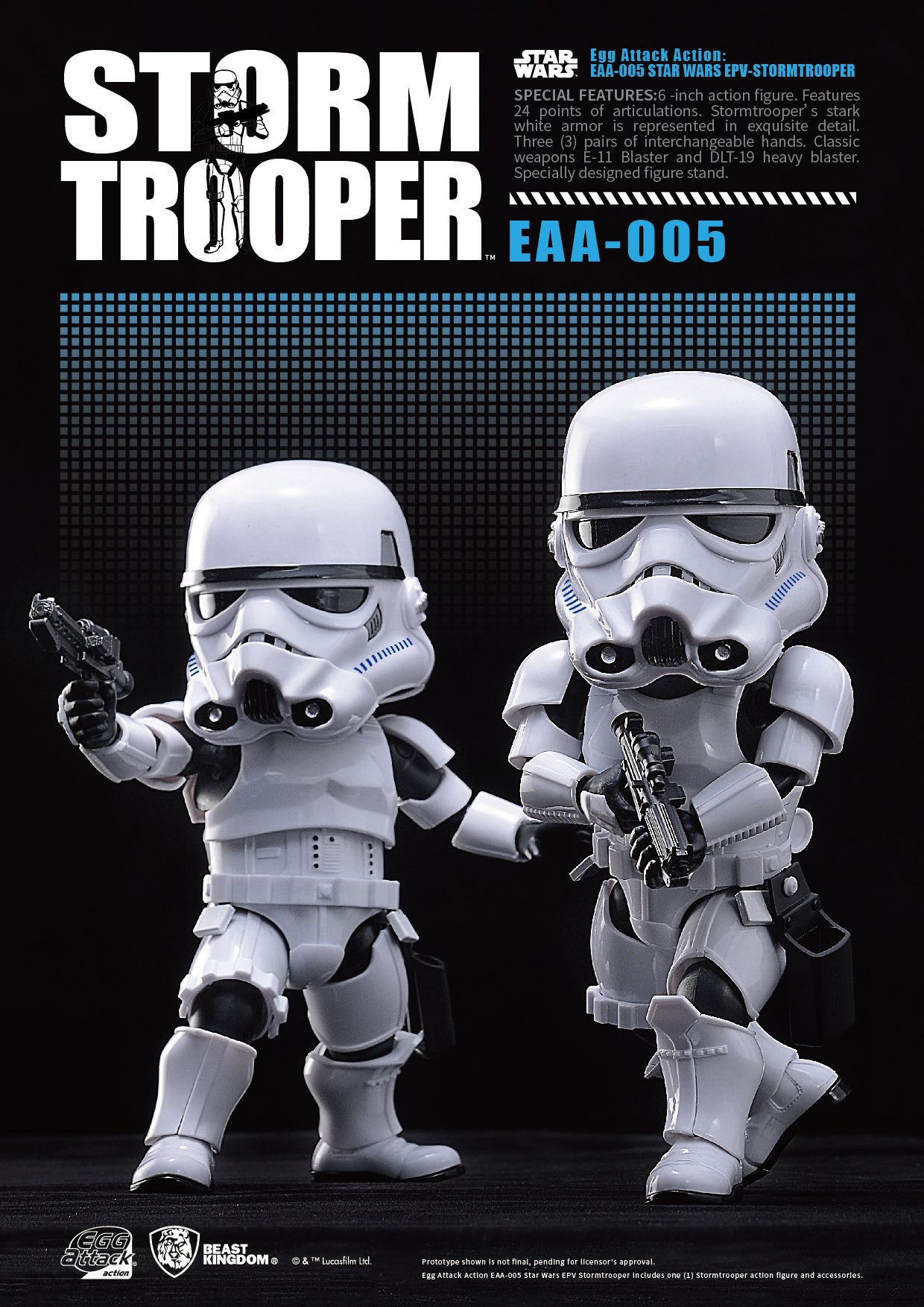