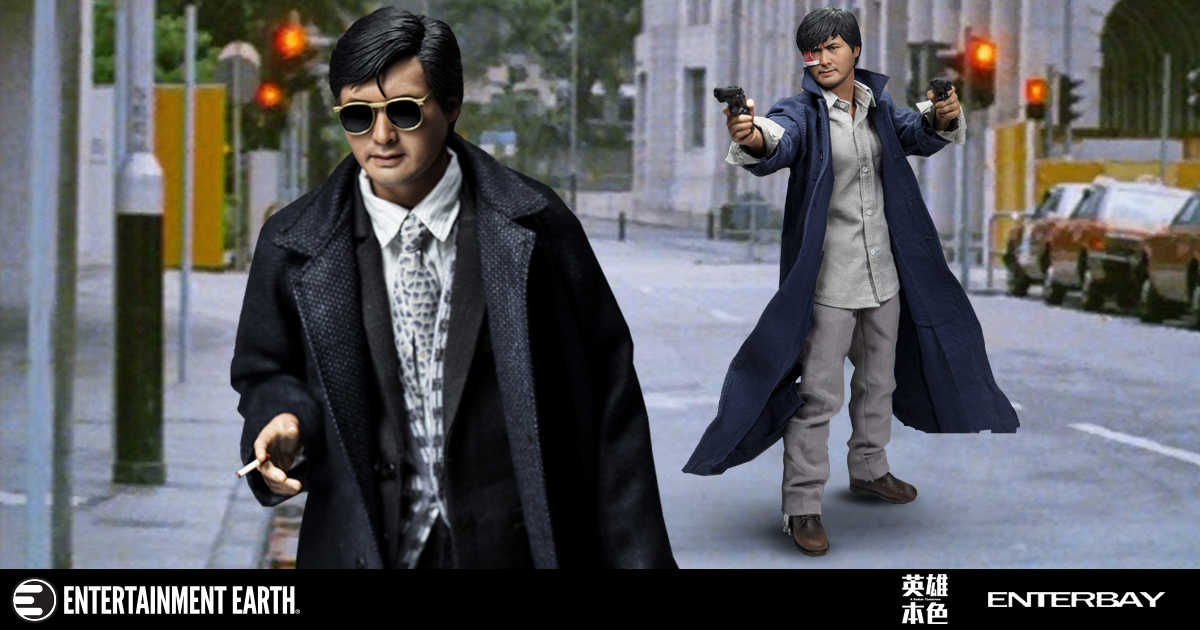 Film director John Woo has some amazing credits to his name. There really is no director that knows action better than Woo, and his filmography stretches from the mainstream to the hidden gem. One of his greatest crime thrillers was A Better Tomorrow, which came out in 1986 and featured legendary actor Chow Yun-Fat. The film was made on an exceedingly slim budget, but resulted in a box office blowout, and is now regarded as one of the best Chinese motion pictures of all time. Now Enterbay breathes new life into A Better Tomorrow with this A Better Tomorrow Mark Lee Real Masterpiece 1:6 scale Figure.

Brought to life with impeccable detail, Chow Yun-Fat’s character of Mark Lee stands 12-inches tall and features 30 points of articulation. He comes with two head-sculpts that you will have a terrible time trying to decide between: the classic look or battle damage. Both heads are incredibly life-like with wrinkles in the right places and amazing skin texture.

Even better, the figure comes with multiple costumes and tons of accessories, so you can recreate dozens of scenes from the classic movie. He comes with his classic long black coat and suit, with vest and dress shoes. Or, you can dress him in his long blue coat with gray work-wear and boots. Mark Lee also has seven interchangeable hands to manipulate his props, which include sunglasses, cigarettes, matches, bank notes, a variety of guns, an ancient cell phone, and an array of larger props from the movie.

The action figure exemplifies care and craftsmanship, bringing a beloved character into a manipulated world, perfect for display in any collection. With this kind of figure, visitors who have never heard of A Better Tomorrow will be rushing out to watch the amazing action trilogy. This stirring and engaging figure can be pre-ordered today at Entertainment Earth!