What Beloved Football Player Is Now the Savior of Your Action Figure Collection?

Bif Bang Pow! is at it again and this time they’re bringing the new savior of your action figure universe with the Flash Gordon 3 3/4-inch action figures, now in stock!

These are the first-ever 3 3/4-inch scale action figures from the cult favorite 1980 sci-fi film Flash Gordon. Each figure features multiple points of articulation and a film-accurate accessory (excluding Princess Aura).

These limited edition, individually numbered figures are packaged and sold separately, but they won’t be available for long! Each figure is limited to only 1,448 pieces, with Flash himself limited to 4,408 pieces.

Flash Gordon™, an American football star and title character in the classic 1980 film Flash Gordon, unwillingly travels aboard a rocket ship to the planet Mongo. In order to save Earth from impending destruction, Flash must unite the kingdoms of Mongo to defeat the evil Emperor Ming™.

These astounding figures are currently available at Entertainment Earth where in stock orders of $79 or more receive free shipping! 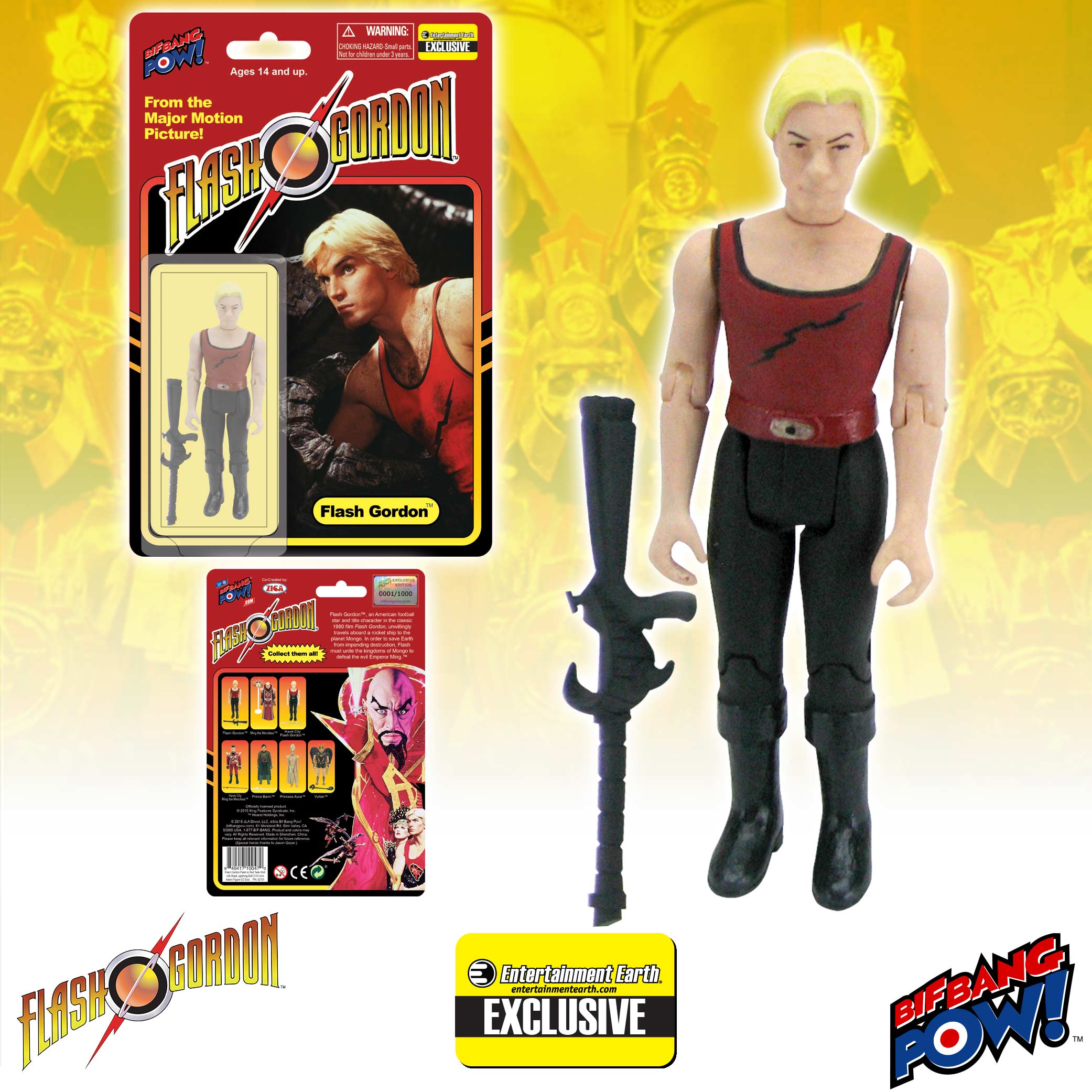