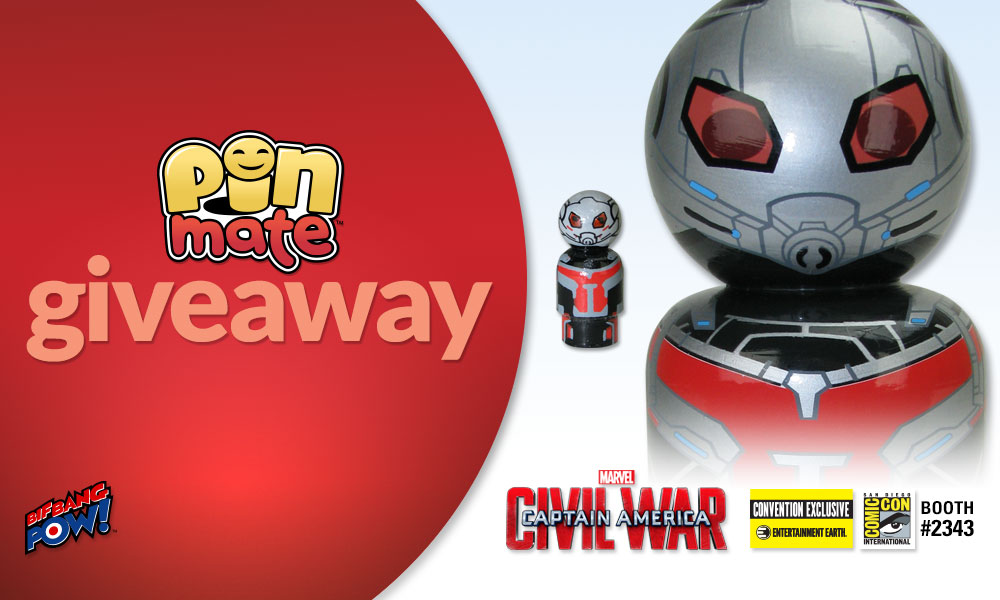 Designed to highlight the movie-inspired costumes, each retro-style figure is wrapped in 360-degree, hand-painted artwork that includes some decal elements. Limited to only 1200 pieces, the personalized production of the hand-painted artwork gives each figure a one-of-a-kind authenticity that cannot be duplicated. Plus as an Entertainment Earth Convention Exclusive, each limited edition set is individually numbered with a holographic sticker – making this already highly collectible set even more collectible! Ages 14 and up.

Available for the first time on July 20, 2016 at the Entertainment Earth booth #2343 at San Diego Comic-Con, fans will have the first opportunity to grab these individually numbered and limited edition exclusives!

(*NOTE: This item will first be sold during San Diego Comic-Con 2016 at Entertainment Earth Booth #2343. If supplies remain after the show, pre-orders will be filled and shipped to you then – in August 2016.)

ENTER FOR YOUR CHANCE TO WIN!

Enter to WIN our “Pin Mate Monday” Giveaway! This week, we have five Marvel Ant-Man and Giant Man Pin Mate Set of 2 – Convention Exclusive up for grabs. Giveaway starts June 20, 2016 at 9:00 am PST and ends June 23, 2016 at 11:59 pm PST. Must enter each giveaway separately. For your chance to win, simply enter your email or login via Facebook in the entry form and answer the questions in the entry form below! Winners will be announced weekly via news.entertainment.com, bifbangpow.com. @entearth and @bifbangpow. Must be 18 or older to win. USA residents only. Limit one figure per winner. Figures will be shipped to winners after San Diego Comic-Con 2016.