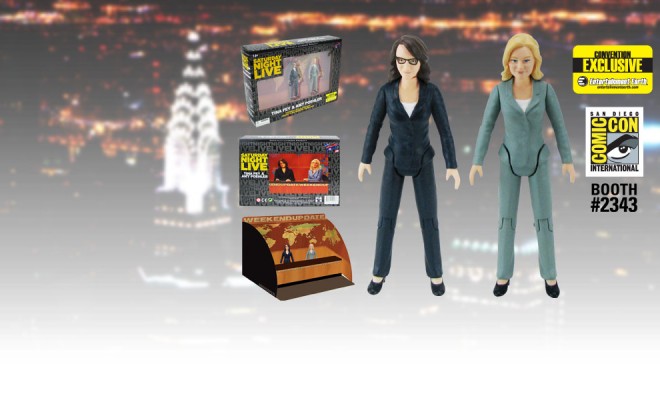 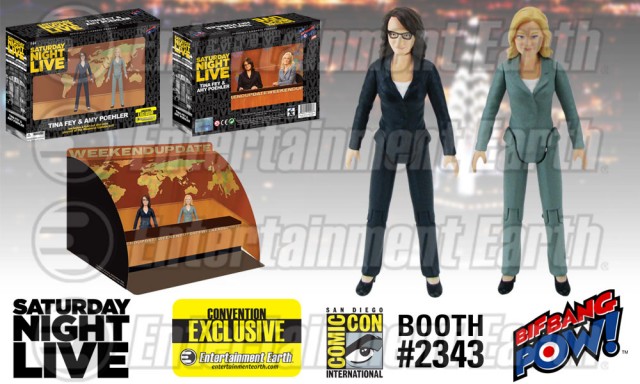 Why just listen to the news when you get to play with it? That’s what Bif Bang Pow! had in mind when they created the Saturday Night Live Weekend Update with Amy Poehler and Tina Fey 3 1/2-Inch Action Figures Set of 2.

Showcasing the detailed likenesses of both Tina Fey and Amy Poehler, this 3 1/2-inch set of figures showcases the leading ladies of laughter in their professional news anchor attire. The two SNL alumni come ready to deliver the news with the included fold-out diorama of the iconic Weekend Update news desk. This Entertainment Earth Convention Exclusive is limited to just 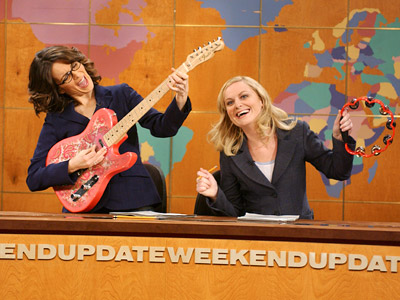 Available for the first time on July 8, 2015 at the Entertainment Earth booth 2343 at San Diego Comic-Con, fans will have the first opportunity to grab this individually numbered and limited edition exclusive set before it disappears from the headlines for good!

Stay tuned to Entertainment Earth News and all of our social media networks for the latest SDCC reveal news.