New Twilight Zone Action Figures Are in Search of a Collection 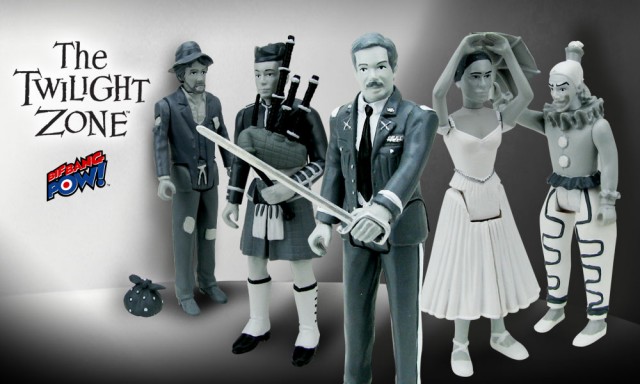 Five improbable entities stuck together into a pit of darkness. In the darkness, discover Bif Bang Pow!’s The Twilight Zone Five Characters in Search of an Exit 3 3/4-Inch Series 3 action figures!

From one of Rod Serling’s most memorable episodes comes a clown, hobo, ballet dancer, bagpiper, and an Army major. They don’t know where they came from and they don’t know why they’re imprisoned. It’s a mystery you can solve with these fantastic black and white action figures.

Each character is made with a faithful recreation from the series. The clown comes with an umbrella accessory, but it’s his makeup and ruffled costume that really show him off. The hobo has patches on his pants and an ill-fitting hat, while his polka dot bag and unshaven face really bring his appearance together.

The ballet dancer is dainty and delicate, posed in first position. Her skirt flairs around her legs as she works with the rest of the characters to try and escape.

Next is the bagpiper, from bonny old Scotland. Clad in traditional Scottish garb, he comes with his bagpipe to complete his ensemble.

Last is the Army Major, standing confidently in uniform with a sword in hand.

Each figure has five points of articulation and comes in retro card packaging. They’re limited edition, individually numbered, and currently available for pre-order at Entertainment Earth and expected to arrive in October 2015. 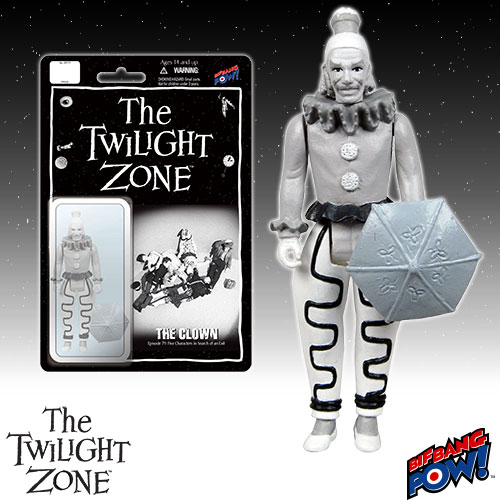 Action Figures Collectibles
Related Items5 Characters in Search of an ExitAction FigureBif Bang Pow!FeaturesRod SerlingThe Twilight Zone
← Previous Story On a Scale of One to Ten, This Big Hero 6 Action Figure is Awesome
Next Story → Star Wars: The Force Awakens Characters Get Molded into Ceramic Mugs