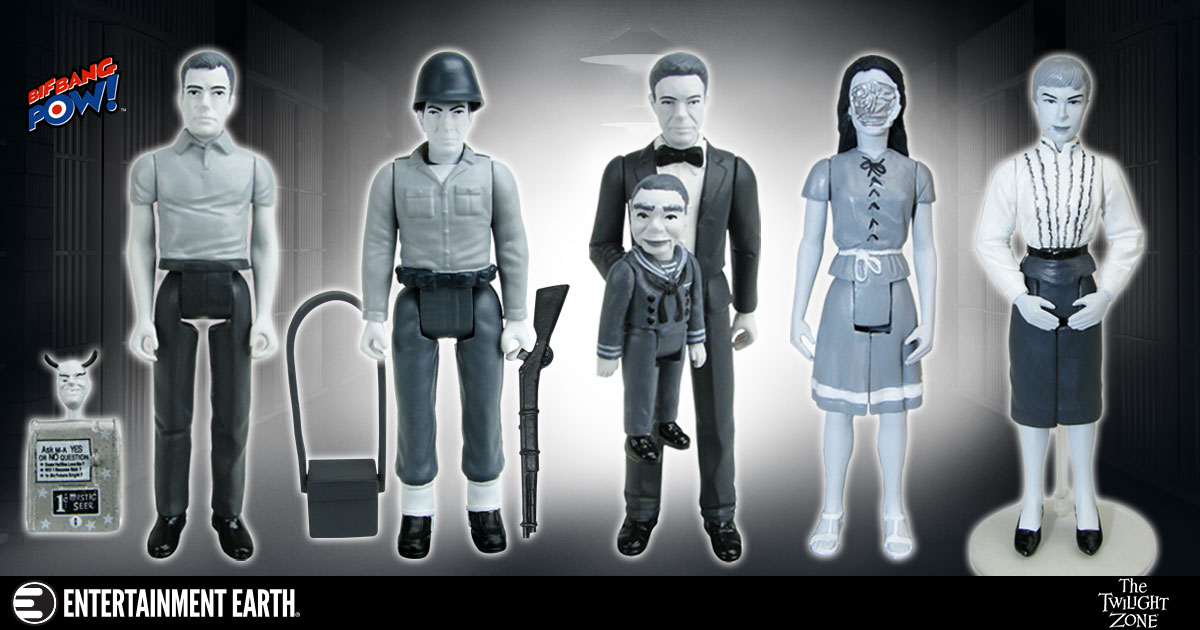 A fan-favorite at San Diego Comic-Con, The Twilight Zone 3 3/4-inch Action Figures Series 4 in Color captured the attention of collectors new and old at the show this year. And although we’ve sold out of the colored convention exclusives, you can still complement your collection with Don Carter, Hansen, Jerry and Willie, Alicia, and Marsha White “as seen on TV” in black and white – now in-stock at Entertainment Earth.

Designed similar to the action figures released in the ’70s, each retro-styled figure features 5 points of articulation (neck, shoulders, and hips) and showcases a classic character with episode-specific accessories.

The Twilight Zone Alicia 3 3/4-Inch Action Figure showcases the female robot companion in the heart-wrenching episode “The Lonely.” This rare, limited figure showcases Alicia in her worst moment, after being shot leaving her mechanical facial wiring exposed. Is she just machine or something more? Only you can decide.

The Twilight Zone Marsha White 3 3/4-Inch Action Figure pays tribute to the well-known department store episode “The After Hours” starring Anne Francis. Complete with a stand accessory, you will have to look closely to see if this figure celebrates the female shopper, mannequin… or both! 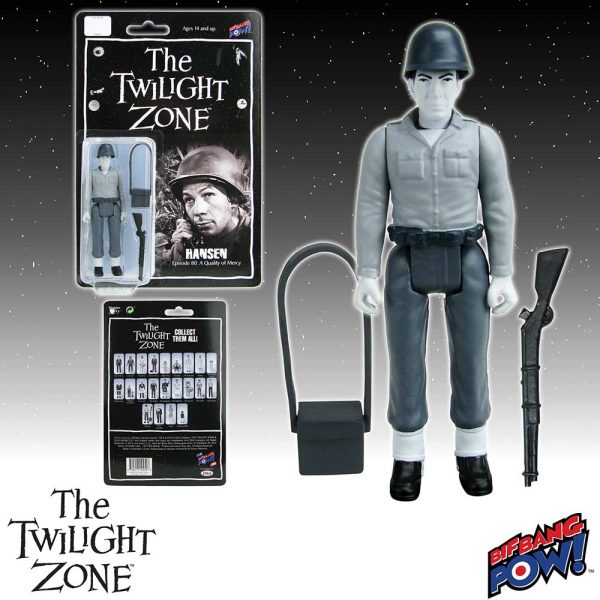