Entertainment Earth Convention Exclusive! These Action Figures from Bif Bang Pow! come straight from the sitcom and are available now at Entertainment Earth! Your favorite stars of The Big Bang Theory appear in costume as they did in the Season 2, Episode 2 “The Codpiece Topology”. Collect them all! Each figure is a convention exclusive that comes individually carded. 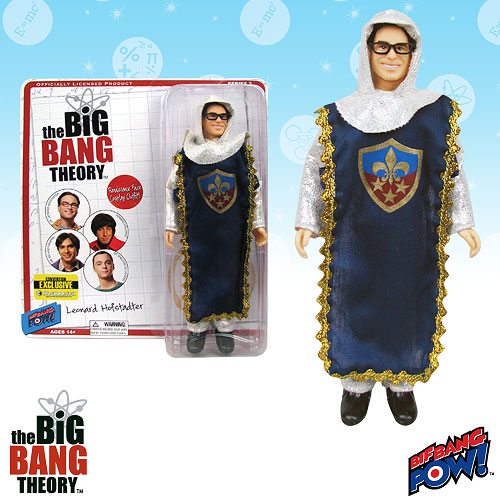