10th and 11th Doctor Statues Invite You Along for an Adventure

Allons-y if you want an adventure! Just make sure you’re accompanied by the Doctor Who Dynamix statues from Big Chief Studios first.

Two of the most popular Doctors, Ten and Eleven, are ready to step into the TARDIS and take you wherever you’d like to go.

There are two statues of each and both statues of each Doctor have the same sculpt. Ten stands confidently, his trademark trench coat flowing around him as he sports both versions of his pinstriped suit – blue and brown.

Eleven is up next, wielding his Sonic Screwdriver in case anything needs more sonic. As one statue, he wears his purple jacket and waistcoat and as the other, he has his brown jacket. Both, of course, show off a bow tie.

Inspired by IDW Publishing’s Doctor Who comic series, Ten and Eleven are highly stylized and unique, making them great pieces for any fan!

The statues stand 9-inches tall, come with two interchangeable heads, and a Doctor Who logo base. They’re packaged in TARDIS-themed window display boxes.

Step aboard! These statues are currently available for pre-order at Entertainment Earth, with free shipping and an expected arrival of November 2015. 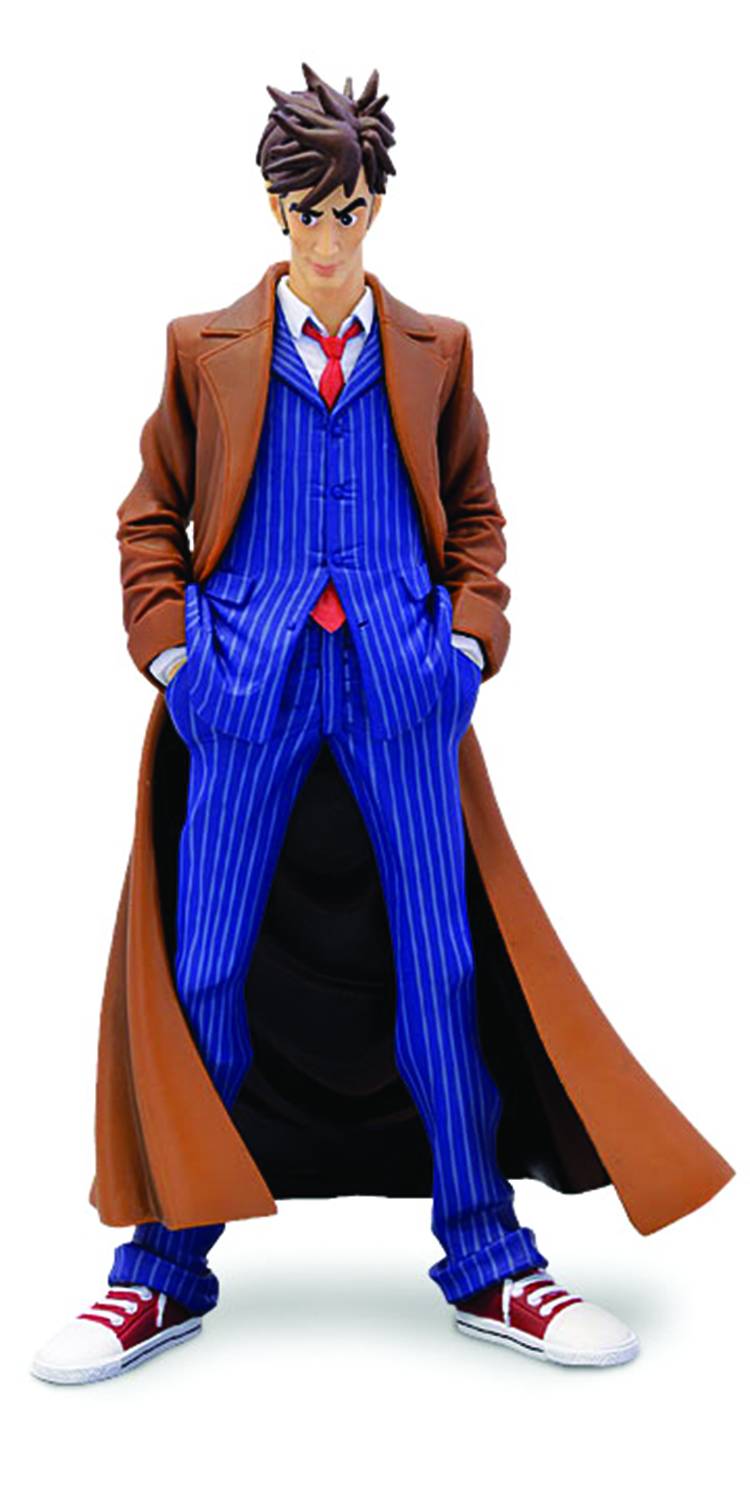 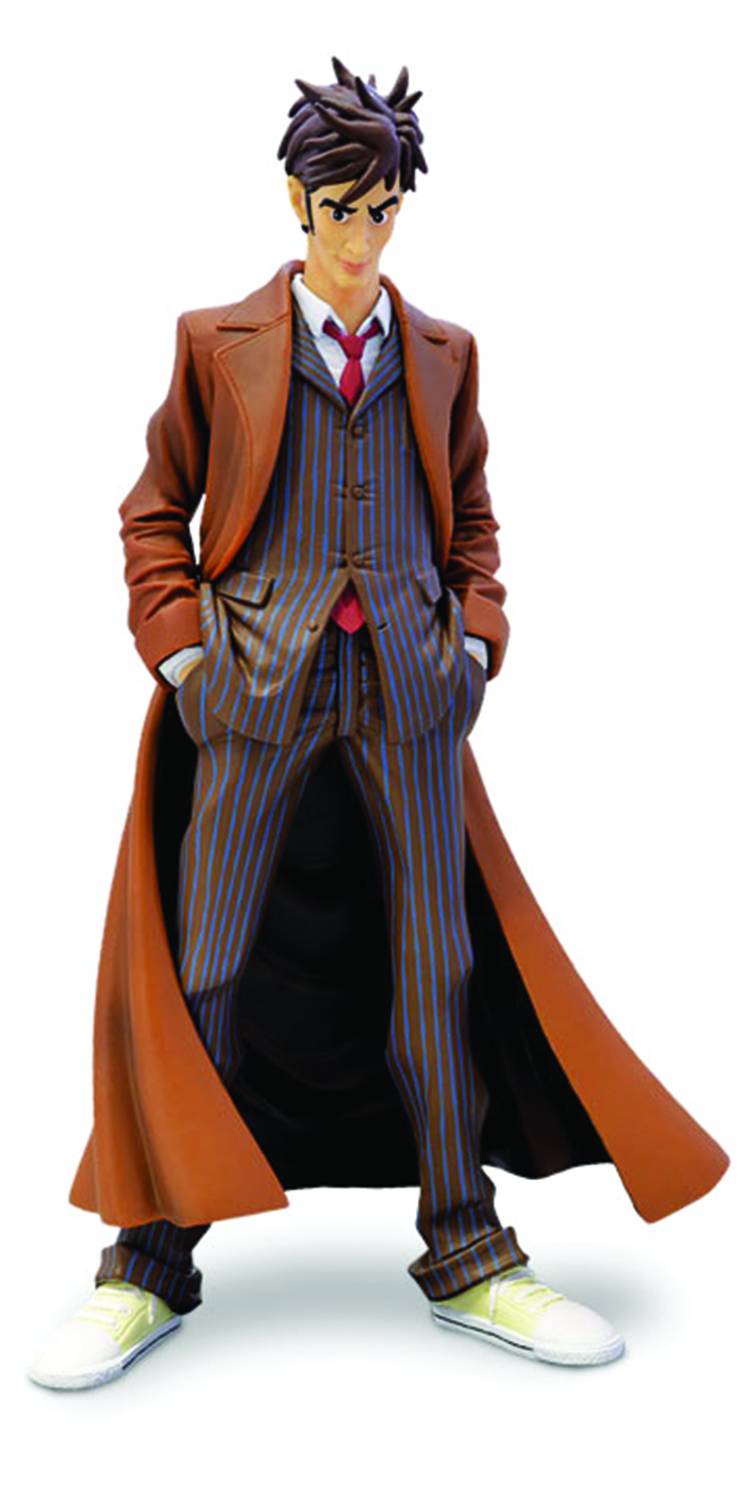