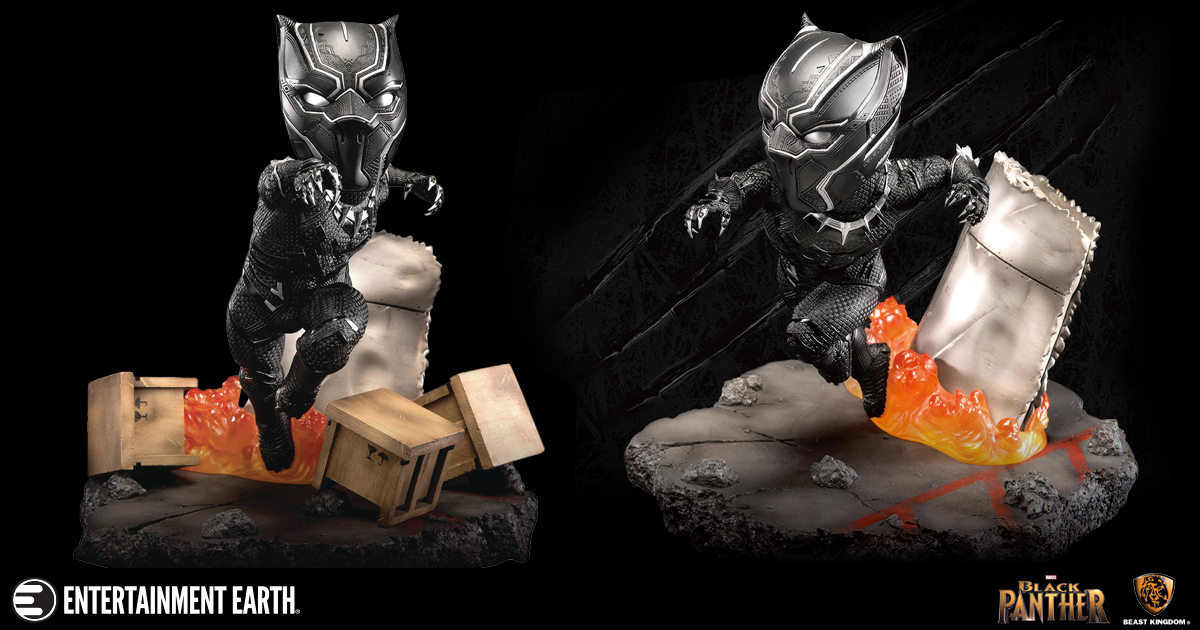 Beast Kingdom is proud to present this Egg Attack Black Panther action figure based on his appearance in the action-packed Captain America: Civil War movie.

The Captain America Civil War Black Panther EA-028 Action Figure – Previews Exclusive is specially crafted based on the image of Black Panther. This figure features a black painted helmet and suit with highly detailed textures and metallic detailing. The King of Wakanda is paired with a stand featuring debris and box props to recreate the climactic airport battle scene from the film.

This highly detailed and highly articulated Black Panther will make a purrfect addition to any Marvel collection!

T’Challa will be available in May 2018 and qualifies for free shipping. Place your order with Entertainment Earth now before he’s called into battle once again. 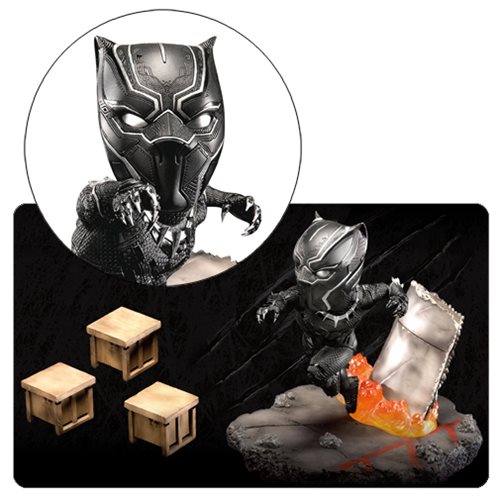