Sleep Tight Snuggling Your Favorite Member of the Suicide Squad

For a movie that hasn’t even been released yet, Suicide Squad sure has made some amazing waves. The hotly anticipated comic book flick is being talked about around the world. The dark, comic book take on the Dirty Dozen has the character support and glossy visuals to make a strong mark in the cinematic world — as long as the story holds up. The characters we already know well from our favorite comics and animated TV shows, so you don’t have to wait for the movie to get excited about the merchandising!

Perhaps the most kitschy and cool Suicide Squad products to date are these Bleacher Creatures plush figures. Coming in many characters and varieties, these 10-inch plush figures will be the stuff of your dreams and nightmares.

But this collection isn’t just about The Joker and Harley. Katana, Captain Boomerang, and two versions of Deadshot (masked and unmasked) are also coming to us as 10-inch plush figures. Together, this group of anti-heroes is ready for action, or cuddling, as the case may be. You can pre-order these figures today at Entertainment Earth! 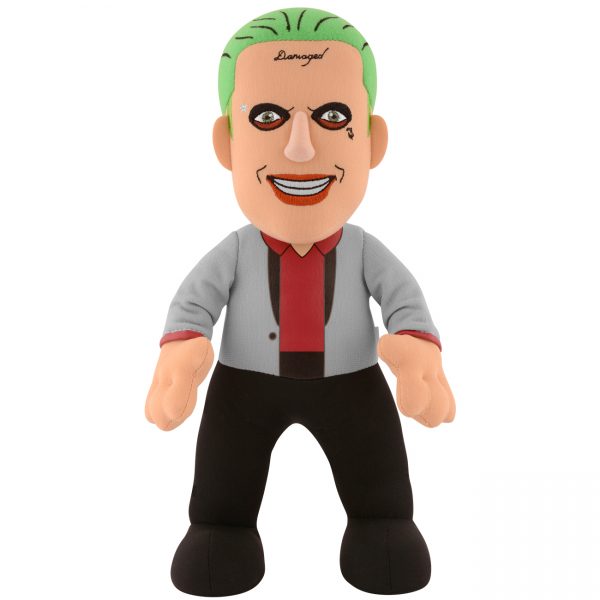