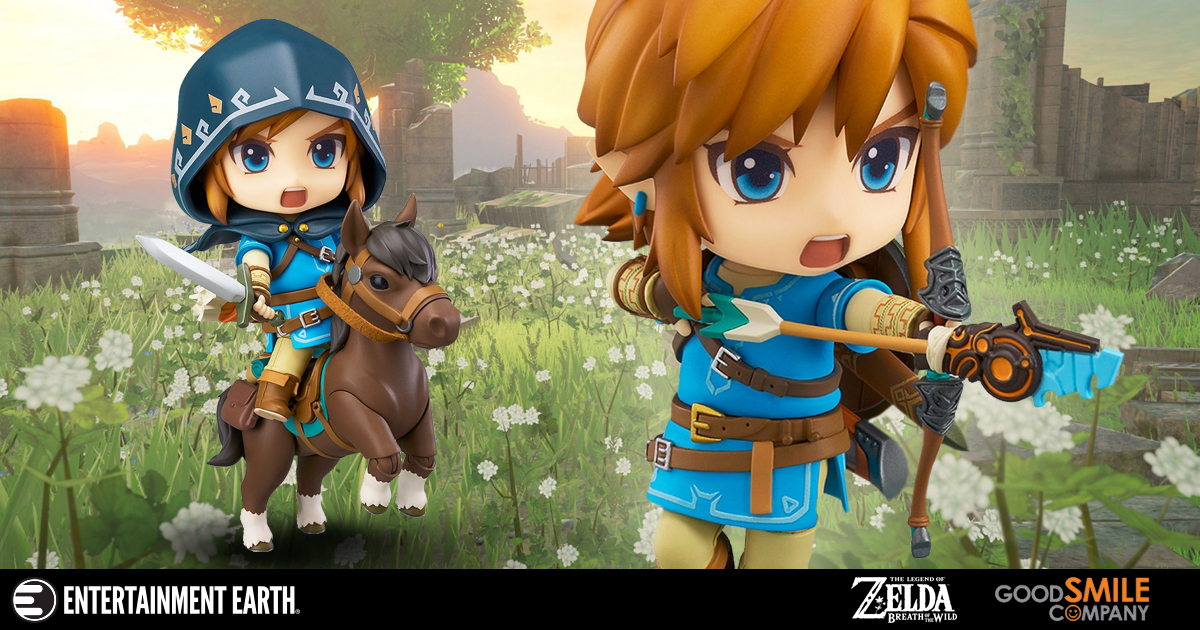 It’s hard to imagine that The Legend of Zelda is 30 years old. At least, that’s hard to imagine for those of us who put it into our NES for the first time, not knowing what to expect! Perhaps even harder to believe is that we stand on the cusp of a new Zelda chapter, bringing a whole new generation into the world of Hyrule, just like Ocarina of Time did almost two decades ago.

Mark the occasion of this memorable event with this The Legend of Zelda: The Breath of the Wild Link Nendoroid Action Figure – DX Editon. This outstanding figure includes two different facial expressions (smiling and shouting), and all that he needs to fight the evil forces of Gannon: sword, shield, bow, arrow, and even the Sheikah Slate! But since this is the DX edition, it also comes packed with a hood, a club, and an axe. And because it’s dangerous to go alone, Link is bringing his faithful horse!

The 19th installment of the Legend of Zelda series is sure to impress, whether you plan to play it on the Wii U or the new Nintendo Switch. If you’re as excited as the rest of us, you won’t be able to get enough of this new game, so picking up this stunning action figure is the perfect idea. You can pre-order it now from Entertainment Earth!