Can You Survive Isla Nublar with This New Take on Monopoly? 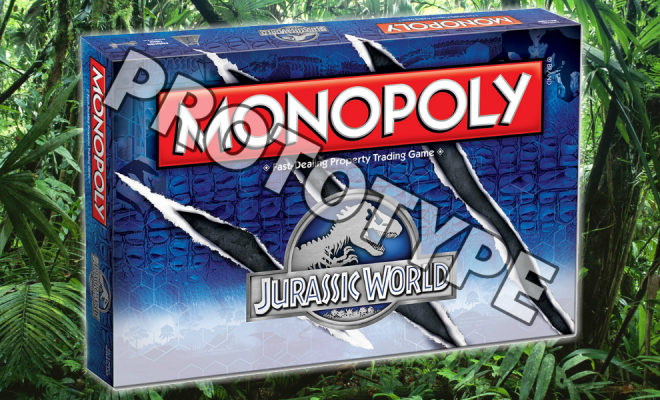 The park and board are open so you better to get to buying and surviving! That’s the strategy in this twist on the classic game with Usaopoly’s Jurassic World Monopoly, now in stock!

Monopoly is already a game that seems to be life and death over the course of several hours but now the stakes are higher than ever.

Instead of houses and apartments (because seriously, those are boring), you now buy fences and enclosures to build and develop your own dinosaur utopia as you take over the board. Creation Lab and Jurassic World replace Chance & Community Chest Cards.

Some of the new game pieces include a DNA sequence, a park tour vehicle, and a T-Rex skull, among others. Jurassic World cash lets you become the new financier of the park.

The board game features some of the coolest dinosaurs the park has to offer, including the genetically modified Indominus Rex.

Can you survive the world of dinosaurs and dangers and beat your friends in the process? Find out with Jurassic World Monopoly, currently available at Entertainment Earth, where in-stock orders of $79 or more receive free shipping.

Collectibles Fun Collectibles
Related ItemsJurassic WorldMonopolyUsaopoly
← Previous Story Do Not Underestimate ArtFX+ Statue of Petty Officer John-117
Next Story → To Bust Ghosts, You Have to Ride in Pop! Style