Chiwetel Ejiofor to Face Off Against Benedict Cumberbatch in Doctor Strange 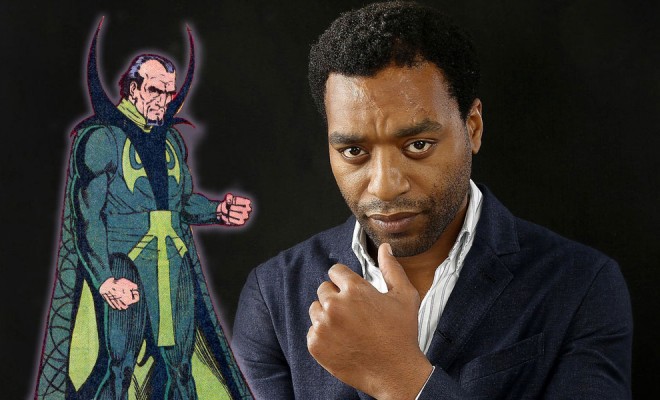 First appearing in the comic Strange Tales in 1963, Mardo is an enemy of Strange’s. Like Strange, he studied under the Ancient One (who actress Tilde Swinton is rumored to be playing), but was exiled after he planned to kill the Ancient One and Strange found out.

However, according to Deadline, Mardo might not be a straight-up villain for the film: “Rather, he’s an amalgamation of characters culled from Doctor Strange’s mythology.”

Ejiofor is an incredible actor who has proven himself time and time again. I think it would be far more interesting if Mardo turned out to be a rival for Strange, but an understandable one, rather than simply an unsympathetic villain to defeat. It would certainly give Ejiofor more to work with.

You can next see him in Z for Zachariah, alongside Margot Robbie (Harley Quinn in the upcoming Suicide Squad film) and Chris Pine (Star Trek).

Doctor Strange tells the story of neurosurgeon Stephen Strange who, after a horrific car accident, discovers the world of magic and alternate dimensions. The movie is scheduled to come out November 4, 2016, with Scott Derrickson directing and Jon Spaihts penning the script.

Are you excited about this casting? What do you think Baron Mardo’s story will be for the film? Sound off in the comments!