It’s the most wonderful time of the year – but it can also be the most stressful. We’ve all got hard-to-buy-for folks on our shopping lists, who cover the gamut of interests and fandoms. It can be difficult to find everything you need in one place…

Good thing you’ve got us here at Entertainment Earth to hook you up with the hottest items from a variety of companies!

So here are some great ideas for the little ladies, wonder women, teenage turtles, and iron men on your holiday list:

Hasbro’s My Little Pony Guardians of Harmony Spike the Dragon is not only super cute – he’s basically his own playset! Spike stands 13-inches tall, roars, makes stomping sounds, has light-up eyes, and can even launch 3 fireball-like projectiles! His armor is removable and can seat a Guardians of Harmony pony figure (sold separately), and he comes with both a wearable badge accessory and a little Spike the Dragon for further fun.

The Tokidoki Barbie Doll is celebrating the lifestyle brand’s 10th anniversary in real style. Rocking a shimmery silver sequin top, Tokidoki print skirt with bright tulle under-layer, stylish heels, and brightly colored jewelry, Barbie is ready to party all night long. Standing 11 1/2-inches tall, she also stands out from the crowd even more than usual thanks to her bright pink hair and fun headband. Other accessories include a shopping bag and her very own pink cactus dog on a leash.

For those who still can’t get enough of the instant Disney favorite Frozen, this Anna Grand Jester Mini-Bust will make a charming addition to any collection. Designed by Patrick Romandy-Simmons and sculpted by Jacqueline Perreault, Anna stands 7-inches tall and is as feisty and unstoppable as ever.

Just in time for the next big release on the DCEU docket, Funko’s Wonder Woman Invisible Jet Pop! includes both Diana, Princess of Themyscira, and her fantastic invisible jet. Wonder Woman stands 3 3/4-inches tall, the jet is a full 12-inches long (with an 8-inch wing span), and both come packaged in a window display box.

Hasbro has both girls and boys covered with their Star Wars: The Force Awakens Takodana Encounter Action Figure Set. Included are four figures: Rey, Finn, BB-8, and Maz Kanata (in her action figure debut!). Rey and Finn both stand 3 3/4-inches, with Maz and BB-8 scaled slightly smaller. Accessories include Rey’s newly-claimed lightsaber, the infamous trunk, blasters for both Finn and Maz, and Maz’s trademark goggles. 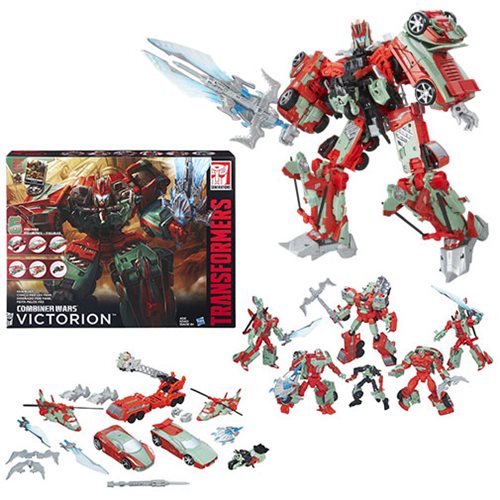 Next up is the Transformers Combiner Wars Victorion Torchbearers Box Set, a mighty collection of Autobots who merge to form Victorion — the first-ever Fan’s Choice combiner team! The six Rust Renegades (fire truck Pyra Magna, helicopter twins Stormclash and Skyburst, race car Dustup, supercar Jumpstream, and the diminutive but plucky motorcycle Rust Dust) measure from 4- to 7 1/2-inches tall and can combine to create the giant 12-inch tall Victorion. Also included are 9 accessories/weapons, 1 poster, and 1 trading card. This set can be mixed and matched with other Combiner Wars toys (sold separately).

Link has rarely been cuter than as this Legend of Zelda: Majora’s Mask Link Nendoroid Action Figure. The time-traveling hero stands about 4-inches tall and comes with his trust fairy friend, Tatl; his Kokiri sword; his hero’s shield; a red potion; interchangeable smiling and shouting expressions; and a sturdy stand. He can also wear the included Majora’s mask and Bunny Hood, and can hold the Deku, Goron, and Zora masks that fit into his hand. This little guy is good for ages 15 and up, and will make a super cute addition to any Zelda collection. 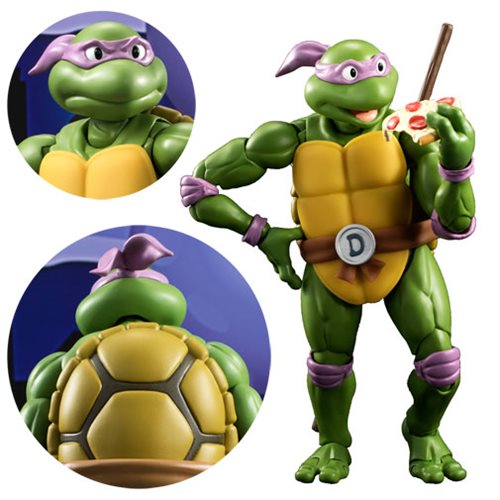 Bandai Tamashii Nations has recreated the brainiest of the turtles with this TMNT Donatello SH Figuarts Action Figure. Made with die-cast material for added realism in his belt, plus significant weight in the legs, Donatello also comes with his signature quarterstaff, an interchangeable head, 3 pairs of interchangeable hands, weapon holding parts, and a tasty slice of pizza! Donnie stands 6-inches tall.

And finally… Last but not least…

With such a wide array of collectibles, it’s not that difficult to find something for even the most particular fan on your list this year!