Neil Gaiman’s beloved children’s book Coraline was an instant classic when it hit stores – and then again when the stop-motion animated film hit theaters. Full of the dark whimsy Gaiman is known for, the story twists from charming sweetness with dancing mice to terrifying horror with the dreaded Other Mother and her button eyes…

Bring Coraline home with a pair of film-accurate dolls from the folks at NECA! 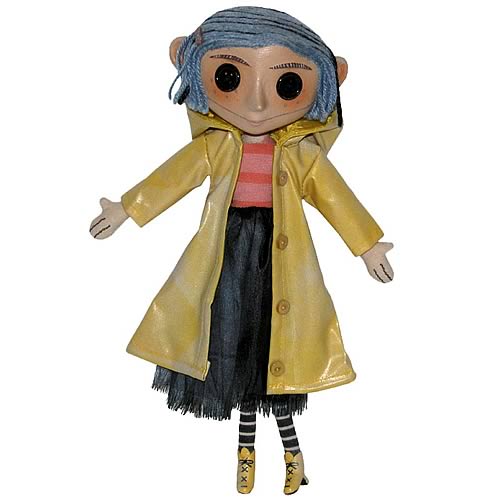 First is the Coraline 10-Inch Doll Replica as seen in the movie’s opening credits. Crafted with a homemade air, she has yarn hair, such cute button eyes (not at all a creepy plot point later, no sir), and is dressed in a striped top, skirt, and yellow raincoat with matching tiny boots. 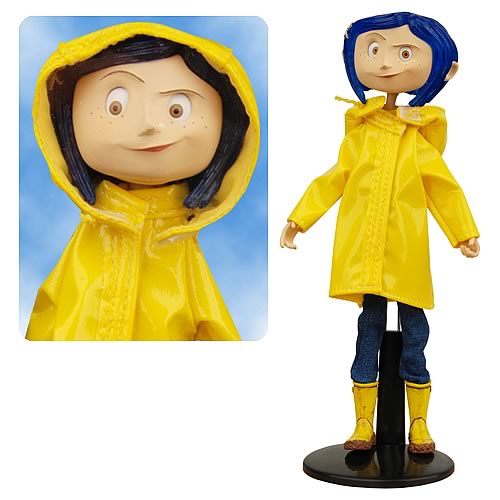 Then there’s the Coraline Raincoat Bendy Doll, which has been faithfully recreated from the stop-motion character in the film. Coraline is wearing jeans, her raincoat, and a pair of practical boots – as well as her usual sarcastic smirk and questioning eyebrows. She’s fully poseable thanks to a bendy body, stands approximately 7-inches tall, and comes with a handy black stand.

Order the pair of dolls and bring them home quickly, before the Other Mother sets her greedy sights on them!

Collectibles Prop Replica
Related ItemsCoralineDollNECAProp replica
← Previous Story These Are the App-Enabled Droids You’re Looking for
Next Story → Santa Is Spreading Christmas Cheer Early with a Chance for an Elf Pop! Figure Chase