If cosplaying is about transformation, then Ask Kaylee Frye aka Maya Dinerstein has taken it to a whole new level.

Her first cosplay was Kaywinnet Lee “Kaylee” Frye from Joss Whedon’s Firefly – and it’s not hard to see why. From her wide smile and twinkling eyes, Dinerstein’s resemblance to actress Jewel Staite is clear. It was a good launching platform for the burgeoning cosplayer who has gone on to show her creative chops with other costumes and characters.

Dinerstein is a bright light in the cosplay community. Her positive attitude and enthusiasm, combined with her talent, is why she’s gained such a following. Not only is cosplay simply something for her to do as a fan, it’s also become a hobby she can share with her loved ones and that’s pretty cool. It’s a joy to see what she comes up with and if you want to see more, you can find her on Facebook, Twitter, and Tumblr.

We had the chance to speak with her and learn more about her experience as a cosplayer.

1. What does cosplay mean to you?

Cosplay is an appreciation of media (specifically characters within media) like television, movies, video games and books.

2. Why do you cosplay? What inspires you?

Cosplaying is just another way of being a huge fan of something. I show my appreciation for shows I love by recreating things from them. I’m inspired most especially by characters I see myself in, and characters I love.

3. How long have you been cosplaying and how did you get into it? What was your first costume and why did you choose it?

I first cosplayed at NYCC 2012, as Kaylee Frye from Firefly. I’d been told for years that I really resembled her, and I finally decided to cosplay her when I went to NYCC with a friend who was also cosplaying. I’ve been cosplaying Kaylee ever since, and working on making more and more of Kaylee’s outifts, as well as making them more screen accurate.

4. Tell us some of the characters you cosplay. Which are you most proud of and which is the most enjoyable to wear?

I definitely cosplay Kaylee the most, and have been cosplaying her the longest. There’s something awesome about being recognized as her, and she’s also got one of the best attitudes. When I’m dressed as Kaylee, it’s really hard to be sad.

Besides Kaylee, I cosplay Margaery Tyrell (TV verse) from Game of Thrones with my younger sister as Sansa Stark; I also periodically cosplay Lydia Martin from Teen Wolf, Gwen Stacy from Spider-Man, and Ellen Ripley from Alien (though I’ve only worn that one for Halloween). I’m planning on making cosplays of Katniss Everdeen (with my younger sister as Prim) and Elizabeth Swann from Pirates of the Caribbean, and maybe even Xena someday.

5. Do you make your own costumes or does someone make them for you? How do you put everything together?

I didn’t start out making my own costumes, but now I make (or put together/tailor) everything myself. I find a lot of things at thrift stores, but things I can’t find or things I want to be really screen accurate I usually end up making. I also make costumes for my sister, my boyfriend and some of my close friends, as well as sometimes making things available to the public in my etsy store.

6. What inspires you when you’re working on your costumes? How do you dedicate time to costuming alongside everything else in your life?

A lot of it is friends within the cosplay community. I cosplay with my best friends, with my significant other and with my little sister, and they are all the most important people in my life. I’m really glad it’s a hobby I can share with them. That and re-watching the things that my characters are in, can be really inspirational (plus helpful the night before conventions for getting into character).

Though I don’t get to cosplay as much as I wish I could, I definitely dedicate a significant chunk of my time to making things with my hands, which is what makes me happy. I’m really lucky in that I currently work at a costume shop, and have those facilities at my disposal when I’m not working. Honestly, I just like to stay busy and always be making something, and cosplay is a way I can show that all my hard work is amounting to a real, physical thing.

I always just love being recognized as Kaylee. Firefly is kind of my definition of cult TV show; it’s been more than 10 years and every day there are new fans of the show.

8. What are you working on now and who are you planning for the future? 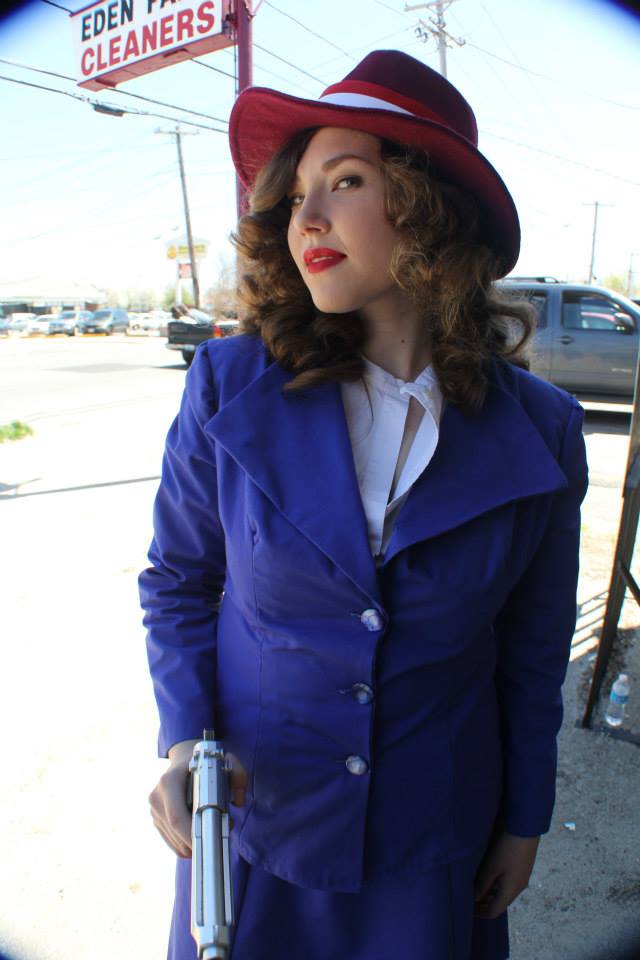 My current cosplay is a secret except to a select few; I’m planning on debuting it for Free Comic Book Day, though I’ll probably reveal it as soon as it’s finished.

I’ve also gotten my hands on some screen accurate fabric to make a Simon Tam (Firefly) vest, which I hope to finish this month. In the future, I want to remake Kaylee’s shindig dress, since the one I have now was commissioned. I’d like to make it myself to be able to say that I did, plus change a couple things so it’s more accurate.

9. If time and money were no issue, what dream costume would you love to make?

I’d probably really just buy more screen accurate things that were sourceable, or buy screen accurate props to go with cosplays I’ve already made. I’m really lucky in that most of the people I cosplay happen to have pretty cheap/easy costumes to make.

10. Do you have any tips or tricks for improving your skills? Any advice for aspiring cosplayers?

Always make mockups of costumes and have friends willing to help! Having friends in the cosplay community is great because they can a) help you and b) push you to be ready for certain cons. Plus, it’s always more fun to go to a convention as a group vs. by yourself.

11. What else do you think we should know about cosplay?
It’s something that anyone and everyone can do. There are definitely people in the cosplay community who feel superior, but cosplay isn’t about who is the best or the most screen accurate; it’s about relating to characters and showing your appreciation to the people who make them come alive (writers, actors, etc.).