These Street Fighter Figures Are Knockouts!

During New York Toy Fair our friends over at Cryptozoic Entertainment revealed a brand-new, butt-kickin’ line of vinyl figures! They are called the Street Fighter Knockouts and they are super cute! These figures measure in at about 7-inches tall, stand upon a Street Fighter logo base, and come in a display-worthy window box! Series one includes Chun-Li, Cammy, and Sakura and was designed by Pedro Astudillo and sculpted by Anders Ehrenborg. 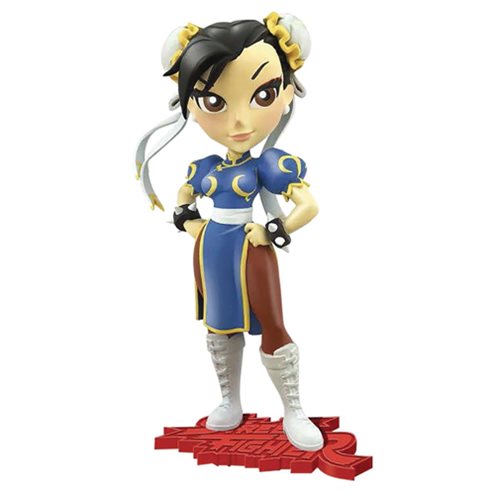 Want to see her Kung-Fu? Chun-Li will show you! She stands proud in her iconic blue and gold qipao (a type of Chinese dress she has modified for maximum leg motion), white combat boots, black stockings, spiked bracelets, and her signature ox horns hairstyle.

Sakura may look like an innocent schoolgirl but she’s learned almost all of Ryu’s moves and she’s ready to join the fight! In this figure, Sakura’s can-do spirit shines through as she stands posed with her fist up in her seifuku.

Cammy White (AKA Killer Bee) is ready to remodel the face of her opponent one more time. She is wearing her classic green leotard, red beret, black combat boots, red gauntlets, and green camouflage paint.

Pre-order the Street Fighter Knockouts before the next round!