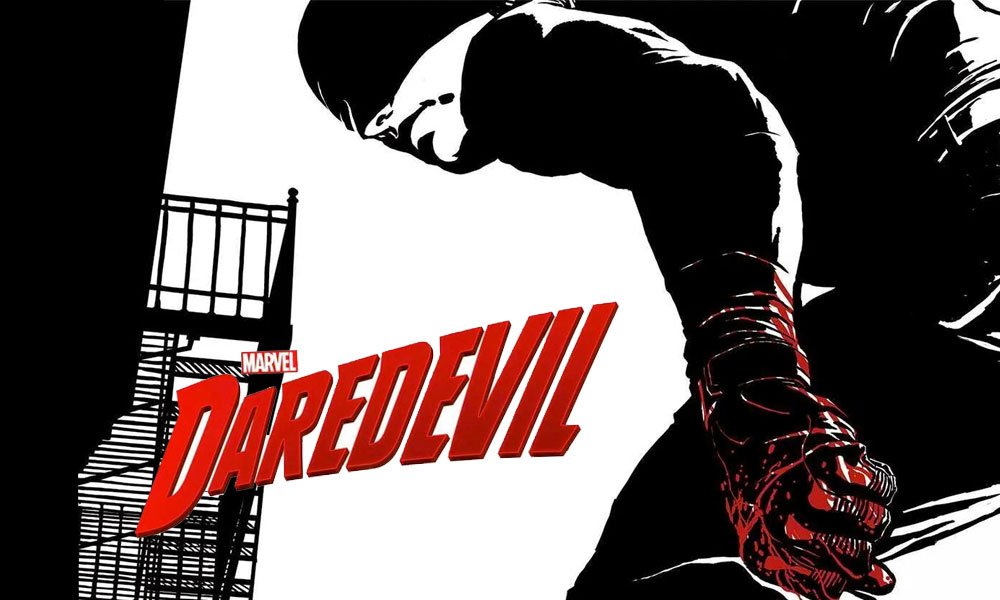 On April 10th, binge watch The Man Without Fear on Netlix as Marvel debuts the first in their new Defenders series – Daredevil.

If you can’t wait that long, Marvel has released their first trailer for the series.

This trailer is framed around Matt Murdock a.k.a. Daredevil doing confession at a church, which pays homage to the character’s Irish Catholic background. The rest of the trailer is frantic and violent. We see our hero wearing the black ninja-style costume we’ve previously seen in photos. We also get glimpses of Rosario Dawson, Deborah Ann Woll, and other actors.

At the end of the trailer his voiceover says: “I’m just trying to make my city a better place.”

This sense of justice sounds about right for Murdock, who’s a lawyer by day. The Defenders as a team are a group of outsider heroes taking on street-level crime in Hell’s Kitchen, so expect these series to be grimier and dirtier than you’re used to seeing from Marvel. The trailer definitely looks and feels like the Daredevil story fans have been wanting. It also has a keen sense of sound throughout, which is appropriate for our blind hero. It will be interesting to see how they portray that.

Are you excited for Daredevil to premiere? Share your thoughts in the comments!