Aang Statue Will Help Your Collection Enter the Avatar State 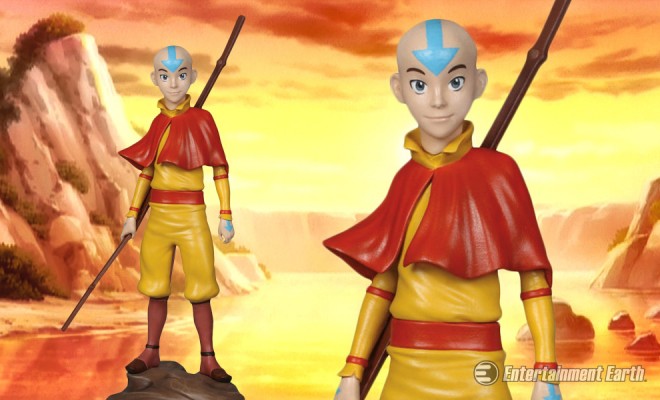 This peaceful airbender is also the most powerful person in the world. Immortalize him forever with the Avatar: The Last Airbender Aang Statue from Dark Horse!

Found frozen in an iceberg by Katara and Sokka at the start of the series, Aang was the final airbender and true Avatar.

Aang is a peaceful and happy hero, which is perfectly depicted here on this 8 1/4-inch tall statue.

Wearing his traditional Air Nation red and yellow robes and showing off his blue arrow markings, Aang looks content, posed on a rock and holding his staff. But don’t be fooled – once he enters the Avatar State, he is more powerful than you can imagine.

This seemingly innocent statue is available for pre-order with free shipping at Entertainment Earth. It’s slated for an August arrival.