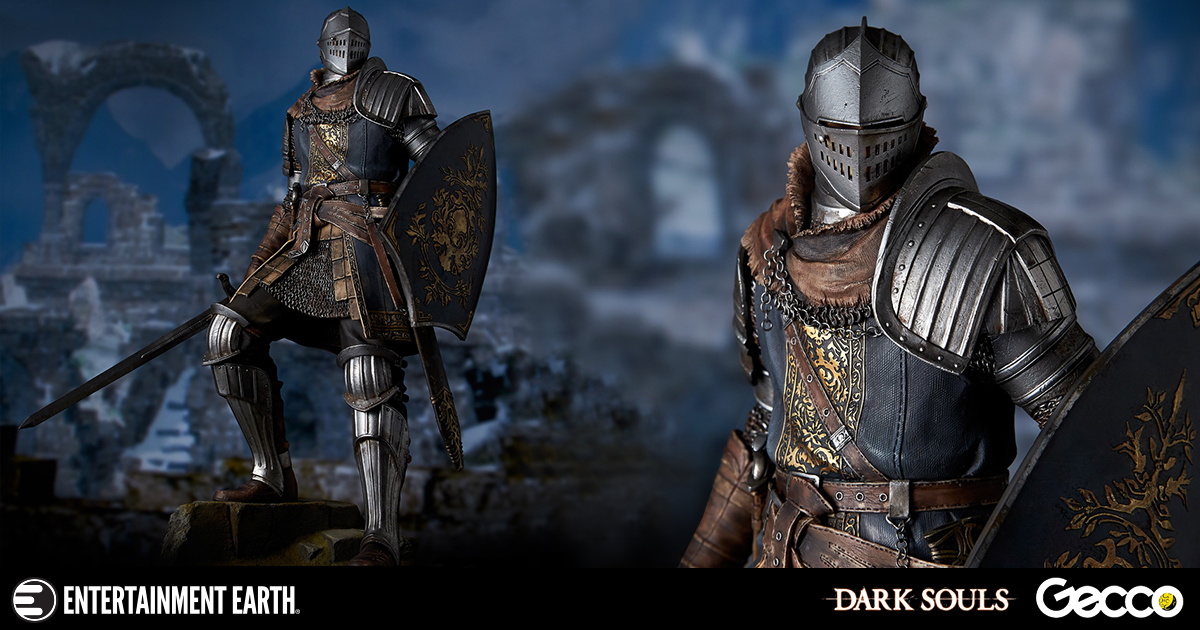 Oscar, the brave and fierce warrior shines a splendid example of knighthood in this Dark Souls Knight of Astora Oscar Statue. The design team at FromSoftware supervised and oversaw the creation of this statue to make sure that it meets their exacting standards for the embodiment of their character. The resulting statue, standing over a foot tall, is a monument to bravery and honor.

Oscar is wearing full armor for maximum protection. The elegant stick work on the surcoat makes him the picture of an elite knight. The straight sword and crest shield that Oscar wields are initially digitally sculpted, then the fine details are finished by hand. The hand painted details are exquisite, standing out as the perfect touch.

The chainmail is a work of art by itself. Seen under the platemail, the chainmail is woven and produced the same way real armor would be, only on a much smaller scale. The detailed paint work shows the quality of the armor that Oscar wears, but it also shows the damage of his many treacherous battles. This must have statue for all fans of Dark Souls fan is coming soon, but can be pre-ordered now from Entertainment Earth.