The First Couple of Crime Gets a Makeover 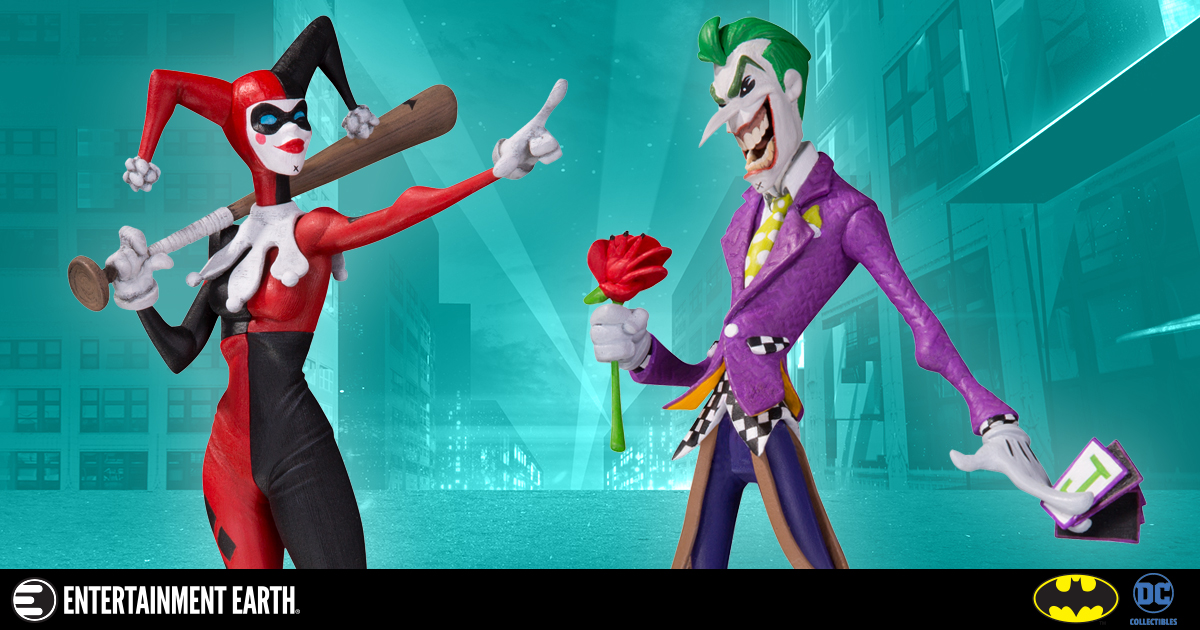 Gotham City has seen its fair share of crime and criminals. The true pursuit of stopping the corruption and violence began the day the Waynes were shot and killed in an alley. Their death brought forth the birth of Gotham’s crusader hellbent on making sure this type of tragedy would never happen again. What Batman could not expect was that when he donned a masked and put forth theatrics to fight crime, the criminals would up the ante as well. Characters like Riddler, Two-Face, Catwoman, Mad Hatter, and the Joker were created to be the yin to Batman’s yang. Joker being the worst of the bunch with his partner in crime, Harley Quinn, are a deadly combination. This historic disturbing duo of evil are pop culture icons (whether that’s good or bad is debatable) and their merchandise can be seen everywhere. There’s shirts, hats, posters, and toys. And now…these incredible and stylistically original statues!

The DC Comics Artist Alley Joker by artist Hainanu “Nooligan” Saulque displays an extremely unique take on the character. Joker is holding a rose and playing cards in his hands and is even wearing a classic style of shoe. It’s a different look for the Clown Prince of Crime, but one that is sure to make your personal collection pop! This Limited Edition statue stands 6 ¾ inches tall and includes a sketch card from the artist in the box.

Harley Quinn is no longer in the shadows of Joker with her own Hainanu “Nooligan” Saulque statue. Again the artist brings Harley new life with this vintage 1950’s animation style, almost ripped right from a newspaper comic strip. She’s holding her baseball and seemingly calling her shot ala Babe Ruth. In her classic red and black outfit, Harley looks perfect standing next to Mistah J on your shelf.

Don’t miss your chance to order these limited edition statues. The DC Comics Artist Alley line is one of the best and this run is limited to just 3000 pieces each worldwide. Get yours now!