Revisit Neo-Gotham with the Batman Beyond Action Figure 3-Pack! 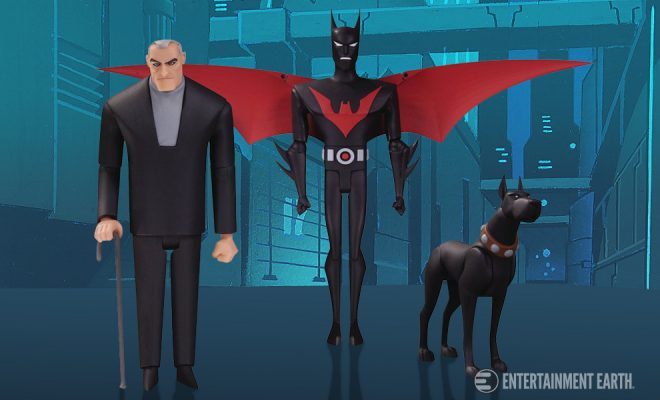 The highly acclaimed Batman Beyond gave us a new Batman in the form of teenager Terry McGinnis under the tutelage of the elderly Bruce Wayne. It’s a relatively fresh concept, and one that’s been revisited since the original animated show from the turn of the millennium. Now DC Collectibles are adding the Batman Beyond Action Figure Pack to their their extensive action figure range!

Terry McGinnis is here of course, with his sleek black and red Batsuit, Batarangs, and interchangeable hand pieces to hold said Batarangs. Old man Bruce Wayne is also included, with a cynical expression and a walking stick, and he’s flanked by his guard dog Ace. Being action figures, they are a compact 6 inches tall and made of hard-wearing material to stand up to all kinds of living room battles.

You can head over to the Entertainment Earth store to pre-order the 3-pack now!