These Black and White Batman Statues Leap Off the Page 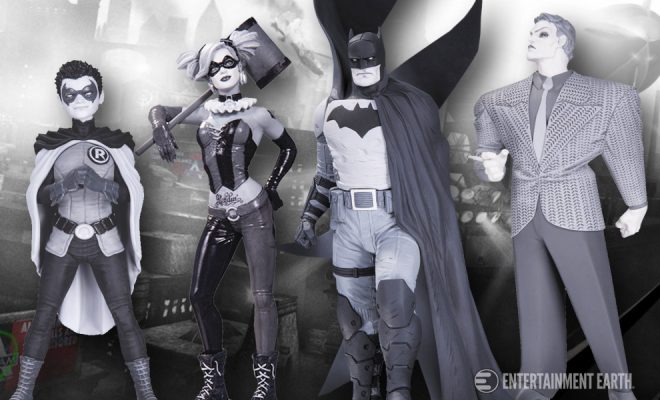 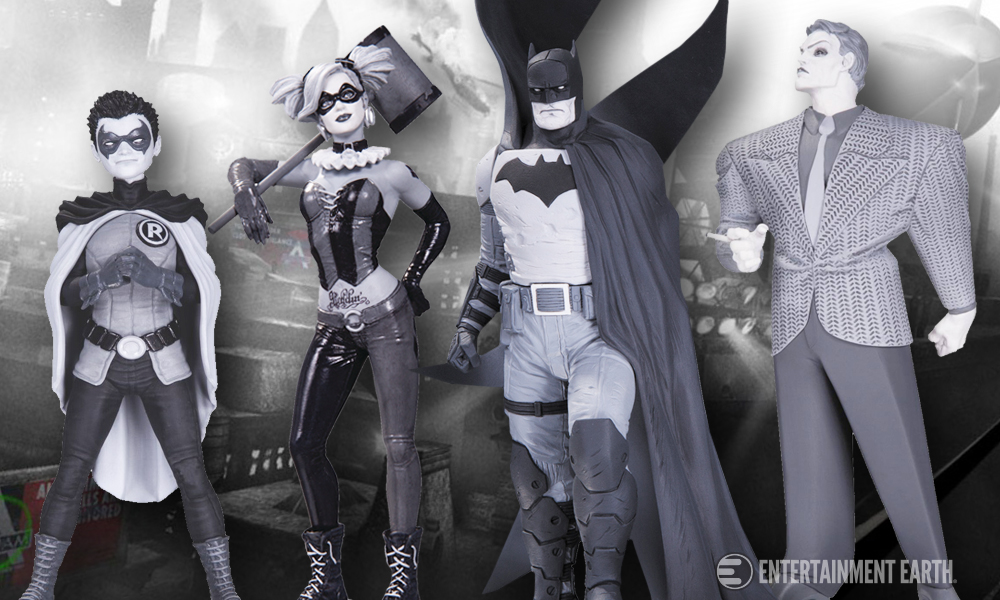 While a splash of color is always fun, there’s something about monochrome that has a sense of class to it. Who better to represent that than some of Gotham City’s finest? Admire your favorite characters from the DC Universe when they make their stunning debut with these Batman black and white statues.

The Clown Prince of Crime looks far different than we’re used to. The Dark Knight Returns Black and White Joker by Frank Miller Statue looks much more sophisticated in a tailored suit and coiffed hair rather than his usual colorful outfit and elongated facial features. The iconic villain stands over 7-inches tall.

This rendition of the Boy Wonder in the Batman Black and White Robin by Frank Quitely Statue is ripped straight from the pages of Batman and Robin. The Caped Crusader’s trusty sidekick is ready to take on any foes that come his way. His fighting stance and combat boots let us know that he means business. This statue measures approximately 6 1/4-inches tall.

Everyone’s favorite harlequin is brought to life in this Batman Black and White Harley Quinn by Lee Bermejo Statue. This statue features the famed psychiatrist turned super villain donning her signature black mask and blonde pigtails. Harley Quinn is dressed in a leather ensemble, including a corset and gloves. And, of course, her trusty oversized mallet is by her side! This statue measures approximately 7 1/2-inches tall.

Finally, the Dark Knight himself is featured in his own Batman Black and White by Rafael Albuquerque Statue. Batman looks stoic in his battle gear while his long cape is swept behind him. His fists are clenched and he’s prepared to do what he must in order to keep Gotham safe.

All of these statues are limited to 5,200 pieces each. These must-have collectibles will be available starting October 2016, so place your pre-orders now! 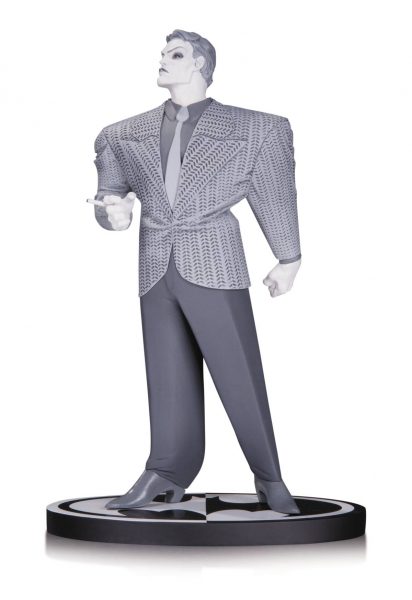 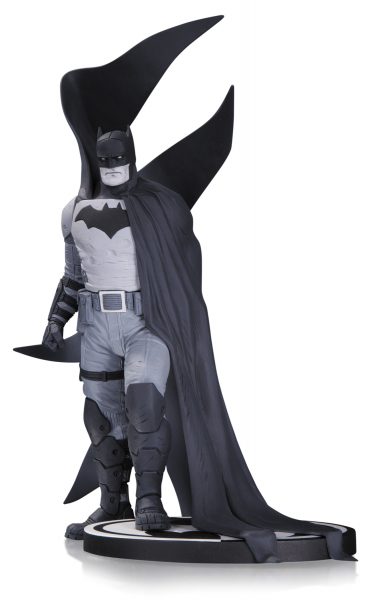