Rainbow Batman 6-Pack Is the Most Powerful Rainbow Figures Yet 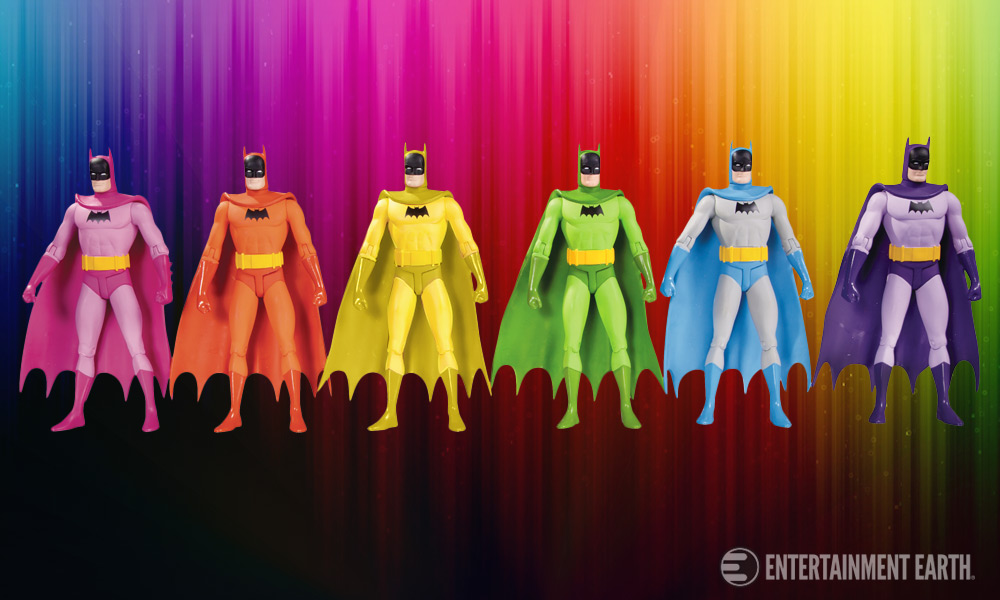 He IS the night, and now he IS the rainbow!

Inspired by the 1957 cover of Detective Comics #241, Batman dons the colors of the rainbow in DC Collectible’s Batman Rainbow Action Figure 6-pack!

In the comic, Batman wears a collection of colored costumes to draw attention away from his sidekick, Robin, after he injured his left arm in his civilian identity as Dick Grayson. With villains to fight off and Robin not being able to use his left arm, Batman uses his clever costume changes as a distraction in order to protect Robin’s identity.

These vibrant figures are sure to add color to your collection. Each action figure measures approximately 6 2/3-inches tall.

Don’t miss out on your chance to own the most powerful form of the rainbow! Add some color to your life and pre-oder Batman Rainbow Action Figure 6-pack at Entertainment Earth. Expected delivery of October 2016.