Mystify Your DC Comics Collection with a Supernatural Constantine Statue 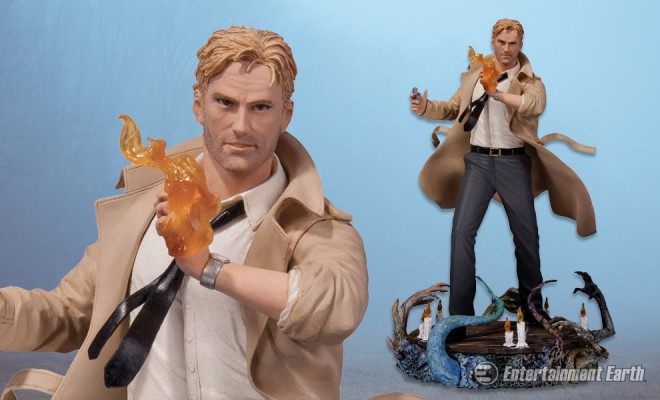 In the land of the occult, it’s the DC Comics Constantine Statue from DC Collectibles that reigns supreme – and it’s now in stock at Entertainment Earth!

Based on his designs from The New 52, this English anti-hero will do anything to get the job done. With a seemingly perpetual scowl on his face, Constantine may not be the most likable guy in the world, but he’s good at what he does.

Although he rarely uses his magical skills in combat, relying more on his manipulative cunning (he’s considered the world’s greatest con man), this 11-inch tall statue excitingly poses him in the middle of a spell.

Conjuring fire in one hand, with a lighter in the other, various creatures’ arms reach up to grab him. His work isn’t exactly known for being safe.

While this figure may be based on the comics, it’s a great collectible for fans of the recently ended NBC series too. Constantine merchandise isn’t available in excess, so this is a must-have for fans across the board, and it’s available right now at Entertainment Earth with free shipping!