While more known for his Marvel work, Jae Lee’s DC designs from Batman/Superman are stunning and great to see perfectly captured as action figures.

Batman and Superman, his titular characters, measure 6 3/4-inches tall and show detailed definition as these articulated figures. In their traditional colors, the lines on each hero’s suits are awesome to see, as well as the movement of Batman’s cape and Superman’s curled hair.

Amazonian princess Wonder Woman stands 6 1/4-inches and is ready for any battle that comes her way. She’s equipped with two weapons and her gauntlet, dressed in her red bodice and muted blue starry skirt.

Meow says this last figure! Catwoman, dressed from head to toe in her black catsuit, whip in hand, is prowling the streets of Gotham. She measures 6 1/2-inches tall and comes with removable goggles.

Each figure comes in blister card packaging and is a must for any comics fan! They’re currently available at Entertainment Earth where in-stock orders of $79 or more receive free shipping. 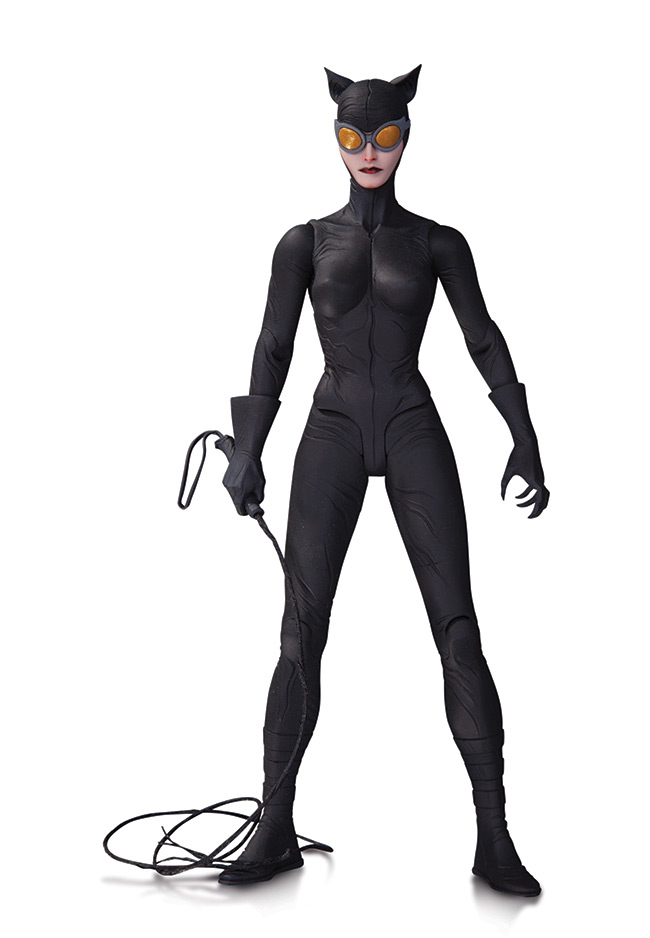