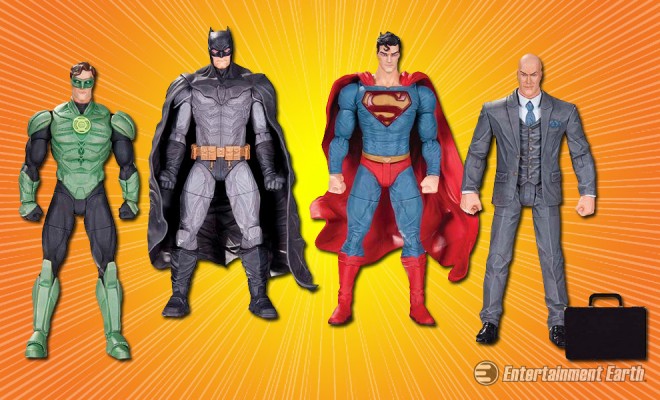 DC Collectibles’ Greg Capullo figures and Jae Lee figures are about to become a trio with the DC Comics Designer Series by Lee Bermejo action figures!

These characters leap out of their respective comics, with every detail considered, from the crease of fabric on their clothes to Superman’s curly-q strand of hair.

The heroes and members of the Justice League wear their traditional costumes and colors. Superman and Batman’s cape portray great movement for action figures and Green Lantern peers heroically from his domino mask.

Lex Luthor, meanwhile, is ready to get down to his business in his fancy pressed suit, so watch out Metropolis!

Each figure measures 7-inches tall and comes with an interchangeable set of hands. Batman, Green Lantern, and Lex Luthor also come with an accessory – a Batarang, Power Battery, and briefcase, respectively.

The figures are available for pre-order at Entertainment Earth and expected to arrive in May 2016. 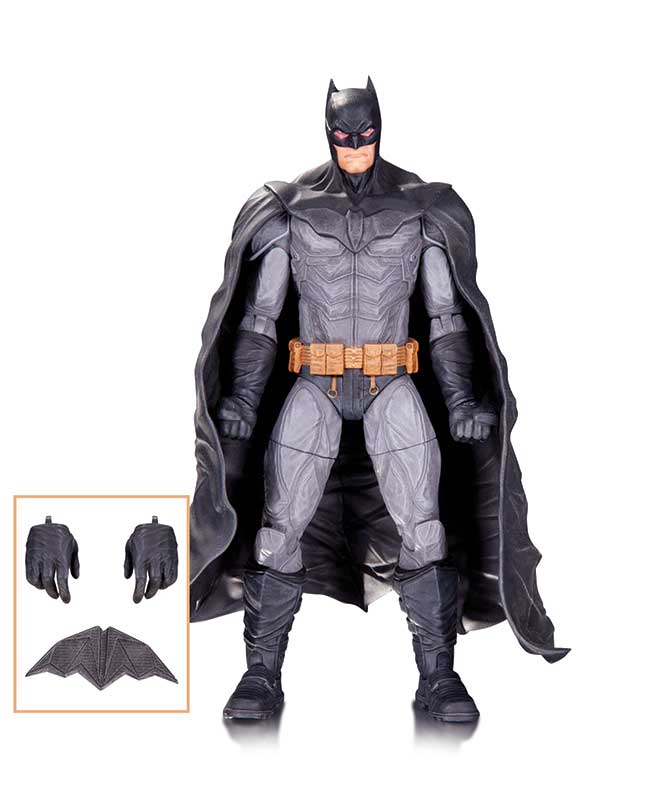