If you consider yourself a Batman fan, there’s a good chance you know the famous Batman: Harley Quinn #1 cover by Alex Ross known as “Tango With Evil.”

DC Collectibles turned the piece into a stunning 12-inch, colorful statue. Both characters look downright gleefully sinful as Joker holds Harley Quinn against him, dancing upon the three-layered, checkered base.

Earlier this month, Ross debuted a sequel to his cover, titled “Mind If I Cut In.”

The piece shows Batman, who has stepped in between Joker and Harley, with a hand wrapped around Joker’s throat. Looks like these late-night festivities have come to an end, although undoubtedly Harley will not be happy with Batman interrupting her precious time with her puddin’.

It shows off the fantastic skill by Ross once again. If you appreciate his designs, you can order the Joker and Harley statue, currently available at Entertainment Earth with free shipping. 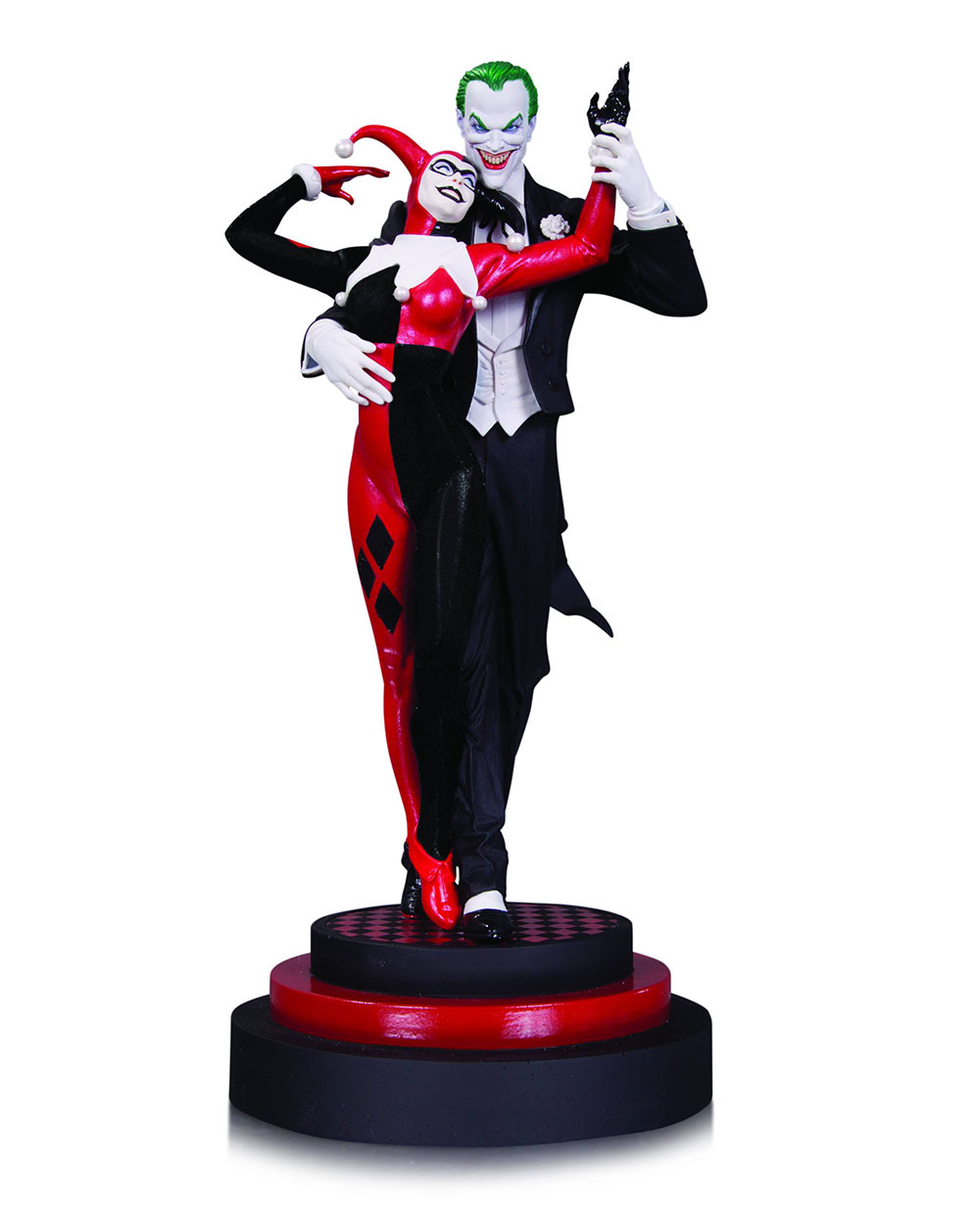