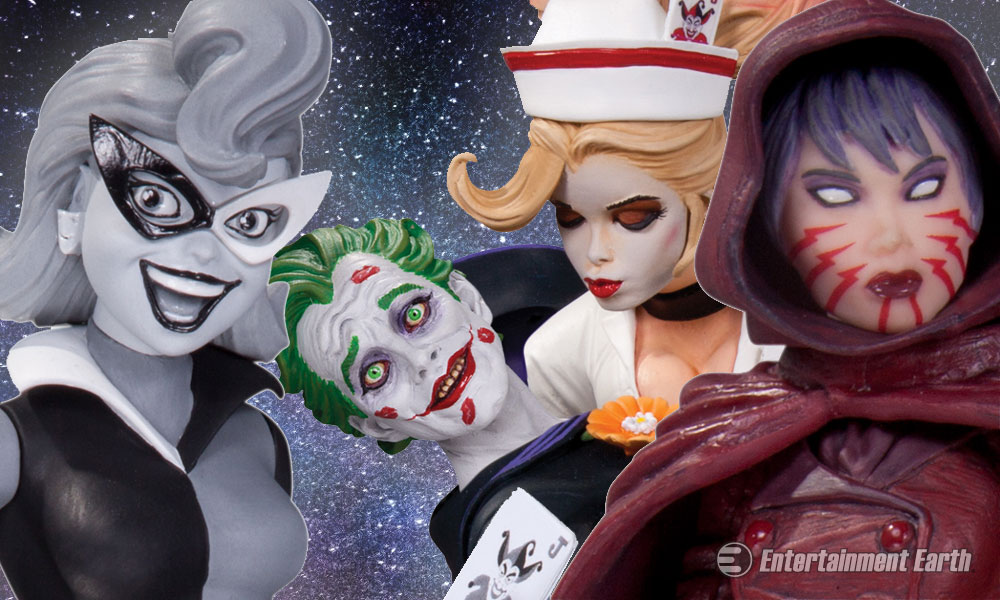 Only a chosen few know the secret origins of many of our best DC Collectibles products. For the curious set, I am here to shine a little light on the secret sauce that led to some of our biggest hits. Let’s take a look at our top ten favorites! 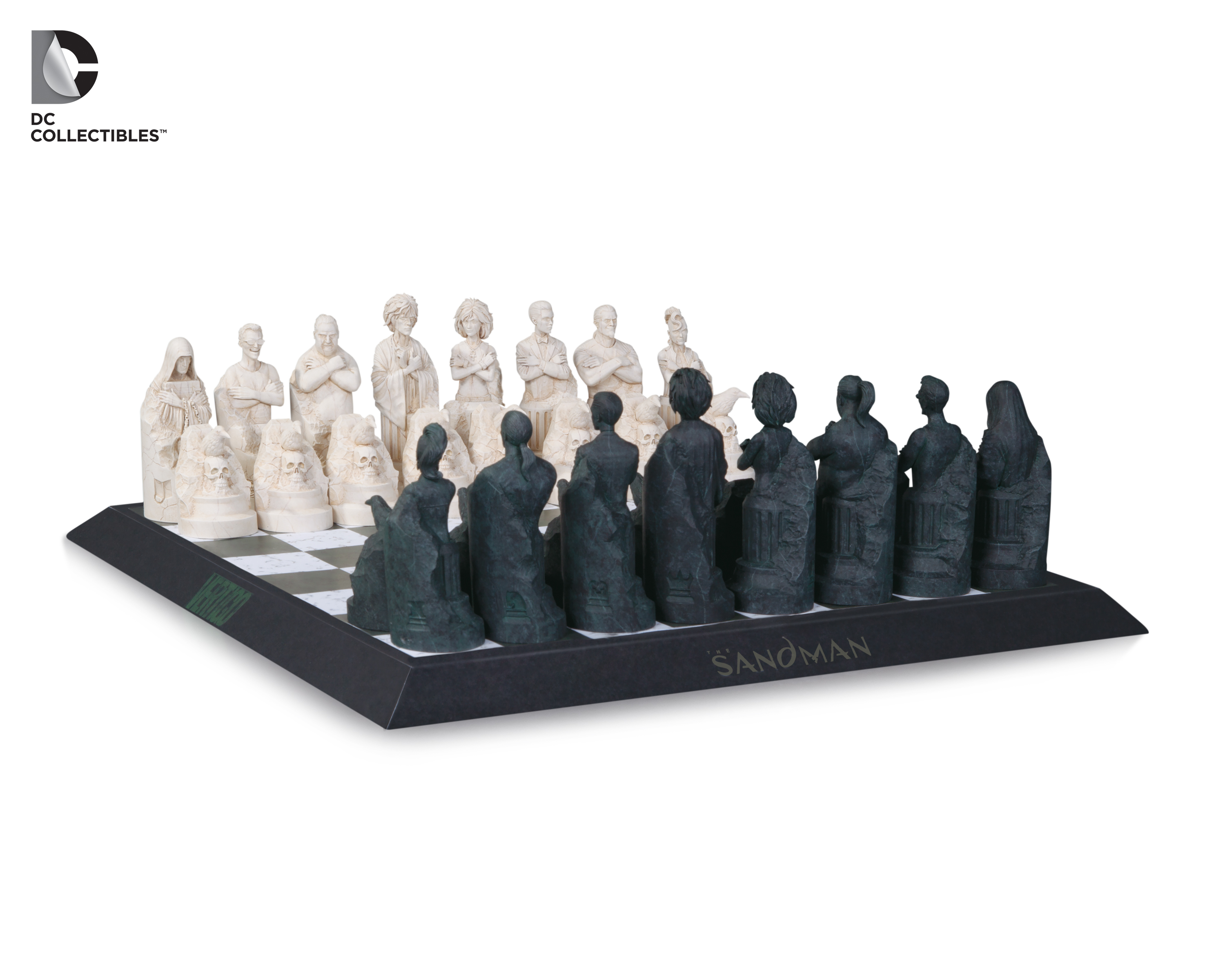 From prop replicas to pool sticks, we are always looking for ways to bring a little geek chic into the home. While we dreamed (get it?) of making chess sets, we didn’t follow through for years. Then during a conversation with our Vertigo publishing friends, Neil Gaiman said a Sandman chess set “would make his year.” We immediately started to develop the set, and it would have been released sooner if we hadn’t held it back to pair with the amazing run of Mr. Gaiman’s comic series, Sandman Overture.

We love our new Batman Animated figure line so much that we had a commercial produced. But how did the idea for a commercial come together? Over lunch! A casual gathering led Harry and Justin of Stoopid Buddy Stoodies to voice their love of the old animated series. They offered to write, direct and produce a commercial as a loving tribute to the series and the new toys. They wanted it to be in the style of a ’90s commercial with a reveal at the end of two adults still playing with the toys. Make sure you check out the commercial to see who our special guest adults were!

Originally, Pandora was planned to be a part of a Trinity of Sin three-pack. There was even a plan to have the three figures packaged in a life-size reproduction of Pandora’s box. The cost of the packaging and figures was prohibitive, and she was released as a single figure. We did, however, find another use for the Pandora’s box: If you look closely, you will see the skull-shaped box in the pilot episode of Constantine.

Being part of the DC Entertainment team has its advantages. We started development on a Katana Cover Girls statue with artist Stanley Lau well before the character’s appearance in costume on Arrow and the announcement that she’s a character in the upcoming Suicide Squad film. We may have had some inside information that the world was going to start seeing a lot more of Katana. And in every version, she looks badass!

This set mainly consisted of previously released figures with new paint decorations, but we still wanted to make it special. It includes a Catwoman figure that is exclusive to this set and has never been released as a single figure (so if you were waiting to see that happen, you may want to pick up this seven-pack).

Working closely with our partners at WB Interactive Entertainment, and our friends at Rocksteady Studios, we were able to create a figure based on the top-secret Arkham Knight character from the Batman: Arkham Knight video game. This character isn’t truly revealed until well into playing the BAK game. Armed with this inside information, we held back the release of the figure because of a very specific clue on his accessory. You will have to check out the figure to see the clue.

While doing research for the Batman Animated Series action figure line, we discovered stories and images of an early design for Harley Quinn based on Paul Dini’s vision. We invited Paul to the office to talk all things Batman and asked him to tell us about the early days of Harley’s creation. Though a rough design of his work had been published in a coffee table book, Paul was gracious enough to give us a new version of the art to work from. Shortly thereafter, we brought the art to life in statue form.

We produced a Dark Archer figure representing Malcolm Merlyn in a previous action figure wave. This new version was directly the result of a visit to our office from the wonderfully lovely John Barrowman, who rightly informed us that we were missing an opportunity by covering up his beautiful face. And without a moment’s hesitation, we moved ahead on a mask-less figure as requested by John and demanded by his fans.

After great success with our Bombshells statue line, we felt it was time to introduce a few male characters and thought a couples statue would be a great start. We were inspired by the famous Time Square kiss – but in this case, Harley is in control. We wanted to keep the females in positions of power to maintain the DC Comics Bombshells theme.

Long in development, a prototype of a full-size helmet was made years ago. We couldn’t find a factory to consistently reproduce the shape of the helmet, so it was put on hold. Fast-forward to the Constantine TV show: They needed magical props for the pilot episode, so we let them borrow the Fate Helmet prototype. To our surprise, it was featured in the episode and immediately went back on the development schedule for a release early the next year. I guess it was fate. 🙂

Many thanks for his contribution!