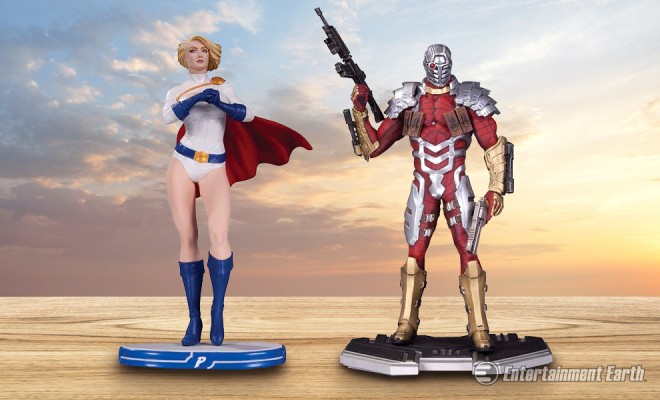 As the Earth-2 counterpart of Supergirl, Powergirl possesses the same powers, such as superhuman strength and flight, as well as the same moral compass, seeking to do good and just in her life.

She dons her traditional red, white, and blue costume and the flow of her cape and hair really add an element of movement to the statue. She stands about 10-inches tall on a round base which boasts her iconic “P.”

Next up, joining the Icons series, is the antihero who never misses. Based off his appearance in the New Suicide Squad comic, Deadshot is adorned in silver, red, and gold armor that better intimidate you.

If it doesn’t, maybe the guns in his hands will. Seriously, you don’t want to get on his bad side. This statue measures 12-inches tall and features the same base as the rest of the Icons statues.

Both pieces are available for pre-order at Entertainment Earth with free shipping. They’re expected to arrive in May 2016.