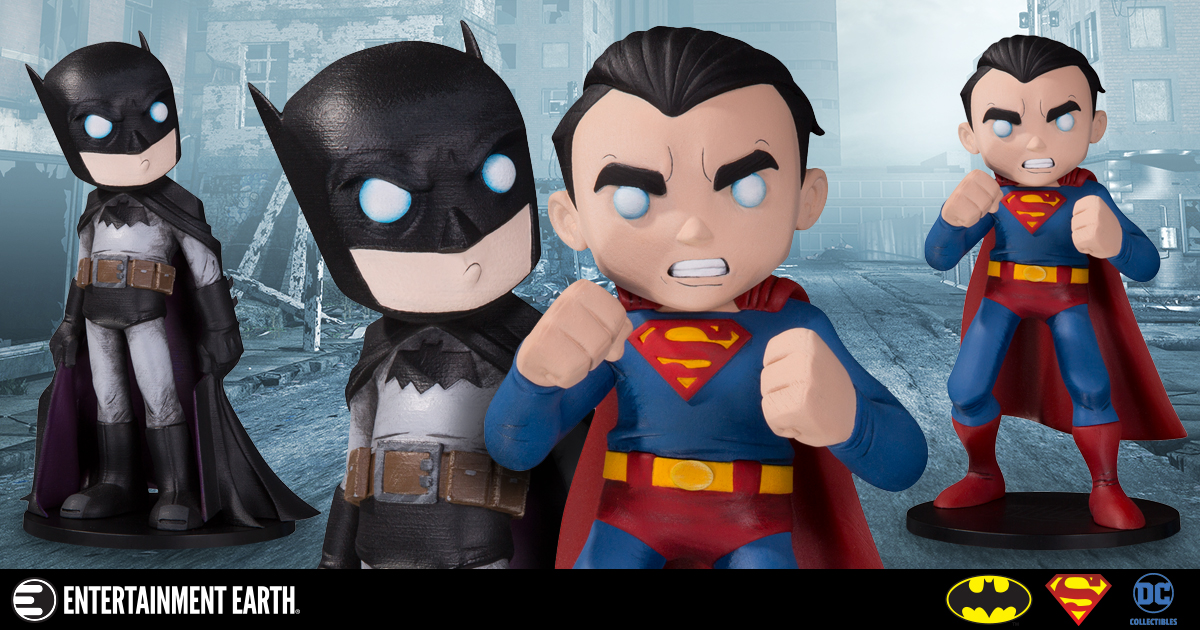 The Man of Steel and the Dark Knight have acted as two sides of the same coin for decades. We’ve seen them disagree, and sometimes even fight, but first and foremost, the two are brothers. Clark Kent’s deep belief in hope and humanity is equally as important as Bruce Wayne’s cynicism. With their contrasting powers and beliefs, the two form a force that no foe has been able to keep down for long. Each one remains an important symbol today, giving credence to the idea that it takes all kinds of kinds. Every starry-eyed idealist needs a skeptical best friend to reign them in from time to time. On the flip side of that, sometimes those cynics need to be reminded that the sun does come out occasionally.

With more than a century of crime fighting and world defending, Batman and Superman remain two of the world’s most popular heroes to this day. We’ve seen countless iterations of the characters. With those iterations come a large variety of costumes, art styles, and figures. Joining the ranks of those statues will soon be these two amazing statues – DC Comics Artist Alley Batman and DC Comics Artist Alley Superman – featuring the style of Chris Uminga. Uminga has included a sketch card in each of the limited statues, with just 3,000 statues of each design to be created. Both figures are just under 7 inches tall and are made of a PVC plastic. Moreover, each figure has a unique style about it, that Uminga credits to classic movies and Saturday morning cartoons.

Starting in April of 2018, you can take both of these adorable little guys home. But don’t sleep on your pre-order! They are limited edition, after all.

Collectibles Comics DC Statues Superheroes
Related ItemsBatmanChris UmingaClark KentDCDC ComicsStatueSuperman
← Previous Story Therefore I Am: The Tale of IG-88
Next Story → The First Couple of Crime Gets a Makeover