Batgirl Is Here to Save the Day and Look Stunning, Too 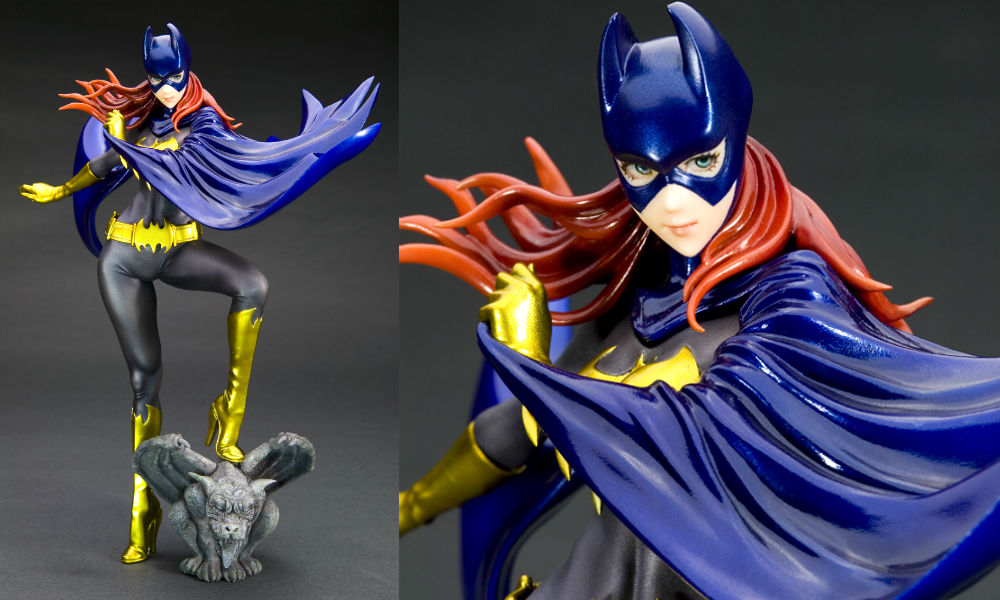 Kotobukiya’s line of bishoujo-inspired statues has been one of the most popular and beautiful statue series in recent years and we currently have this absolutely stunning superheroine in stock! Batgirl was the first Bishoujo statue, combining DC’s superheroines and villains with traditional Japanese styling, and now she’s back, looking as striking and fearsome as ever.

This Batgirl Bishoujo statue is gorgeous, featuring Barbara in her traditional black and yellow costume, with a distinctive dark blue cape and cowl. The statue appears mid-movement, with Barbara coyly spinning her cape. Her long red hair flows in the wind, framing her Bishoujo-style face. She has one foot perched on an exclusive Gotham City gargoyle base, accentuating her long legs.

The statue, based on original character art by Shunya Yamashita, stands approximately 9-inches tall (1:7 scale). She’s sculpted by Atelier Bamboo and made of high-quality pvc plastic.

Barbara Gordon AKA Batgirl was first created for the original 1960s Batman television series and subsequently made her first appearance in the comics in 1967. Barbara joined the Bat Family and helped fight crime until 1988 when The Joker shot and paralyzed her in an event called The Killing Joke.

She then became Oracle, continuing to help Batman and other Gotham heroes, as well as later joining the Birds of Prey. Since then, she has recovered and hit the streets as Batgirl of Burnside.

Batgirl is a beloved character in the DC Universe, and is currently available at Entertainment Earth.