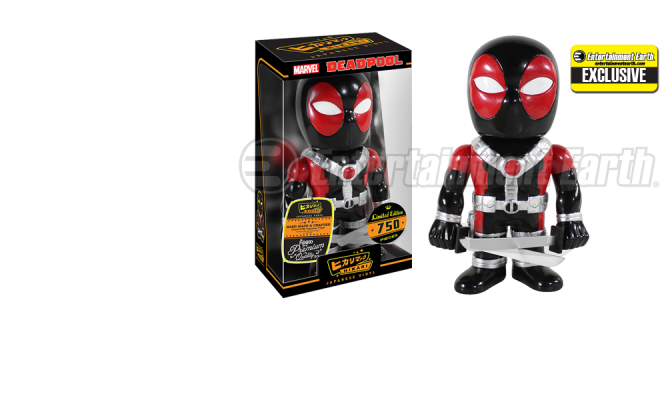 The Merc with a Mouth Hikari is very cooly designed, with a striking use of colors. The figure is painted in silver, red, and black which makes him stand out in a unique way, while still recalling his original design in the comics. His eyes pop with the white on red, helping make him the mysterious and deadly character that he is.

Deadpool, or Wade Wilson (his civilian name), stands with his arms at his side, each hand holding a sword that are crossed in front of him. You definitely wouldn’t want to get on this superhuman’s hit list, who has accelerated healing factors and is adept in several forms of martial arts.

He’s one of the most popular characters in Marvel Comics which is you won’t want to miss out on this very cool collectibles! It stands 10 1/4-inches tall and is a limited edition run of 750 pieces.