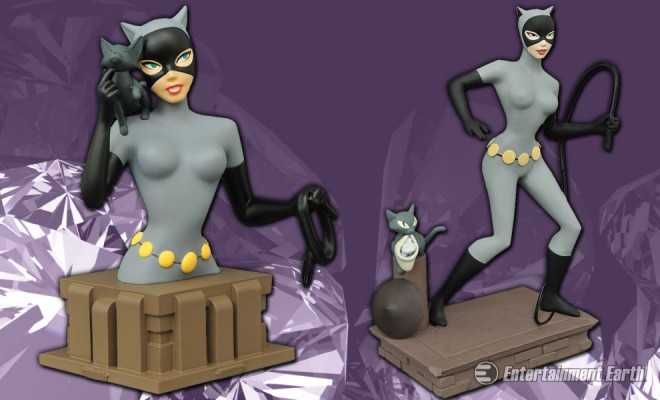 You won’t want to let this cat burglar get away! Catwoman joins Diamond Select’s popular Batman: The Animated Series Femme Fatales and bust series – and your collection!

Based on Batman: The Animated Series, a popular show from the 90s, Selina Kyle is all lithe curves and purrs in her grey bodysuit and black accessories, faithfully depicted just as you remember her.

First she joins the bust series, perched atop an art-deco base. This resin bust measures 6-inches tall and features the popular antiheroine holding her whip in one hand and coyly petting her feline friend on her shoulder with the other.

If anyone’s a femme fatale, it’s Catwoman, which is why it’s so great she’s finally part of this popular line.

Standing approximately 9-inches tall, she’s posed at the ready with her whip while her cat companion carries a bag of stolen jewels in its mouth. Catwoman’s nothing if not resourceful!

These two pieces perfectly portray Bruce Timm’s timeless designs and are a must for any Batman fan. They’re both available for pre-order at Entertainment Earth and expected to arrive in February 2016. 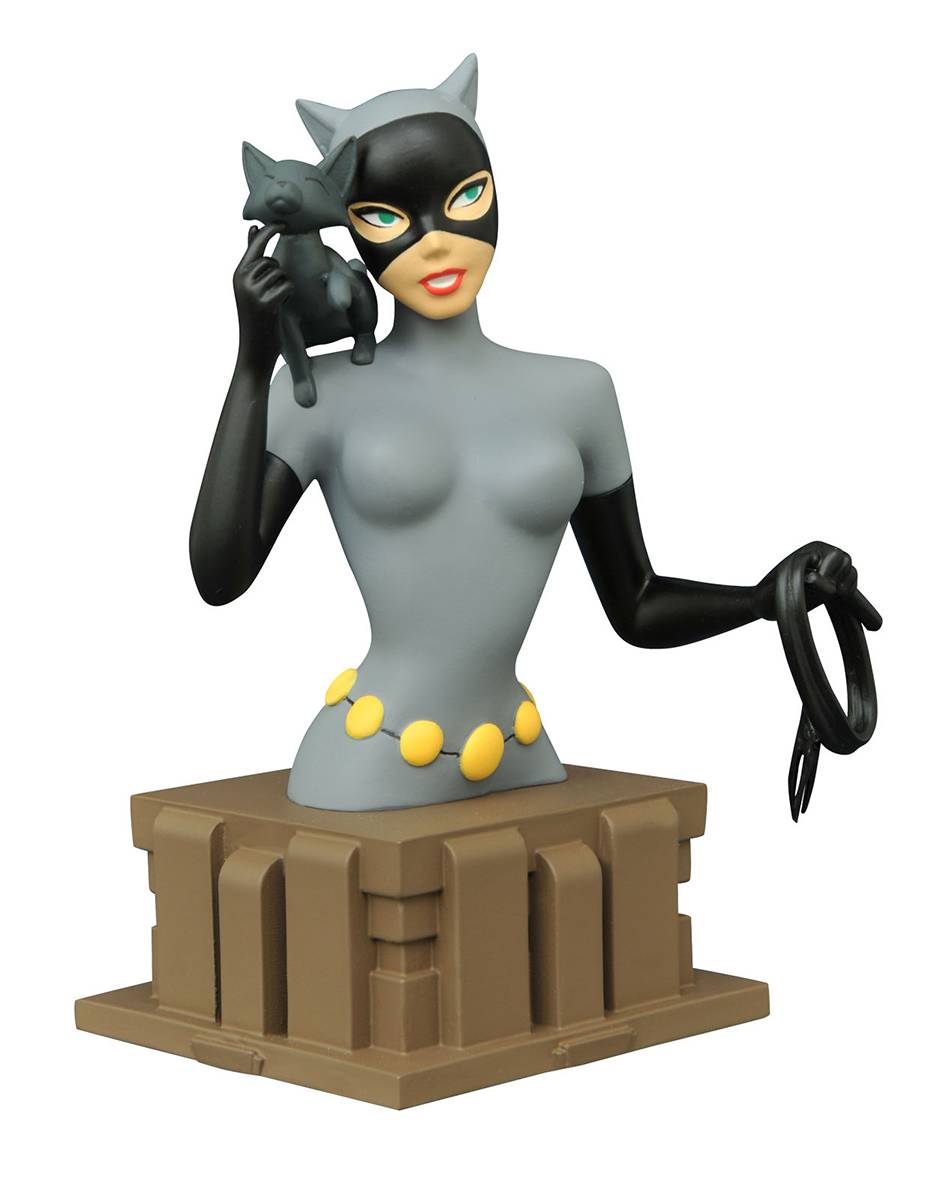