Three of your favorite characters from the 1984 classic have arrived as 7-inch tall action figures.

Based on the likeness of Dan Aykroyd, Ray Stantz is one of the original Ghostbusters and truly devoted to studying the paranormal. His figure shows him in his Ghostbusters suit, ready to get down to business!

Winston Zeddemore is the every man Ghostbuster. Dependable and great with Ecto-1, he might not be part of the original trio, but he’s definitely key to the team. This figure, based on Ernie Hudson, will be a hit with fans.

While you’re busting ghosts, you still need an accountant! That’s where Rick Moranis’ Louis Tully comes in as the third and final figure in this set.

It doesn’t end here, however. Each figure has 16 points of articulation and comes with character specific accessories and a diorama. When you collect all 12 (sold separately), you can build the rooftop battle scene from the end of the film!

The Ghostbusters Select Series 1 Action Figure Set is currently available for pre-order at Entertainment Earth and expected to arrive in November 2015. 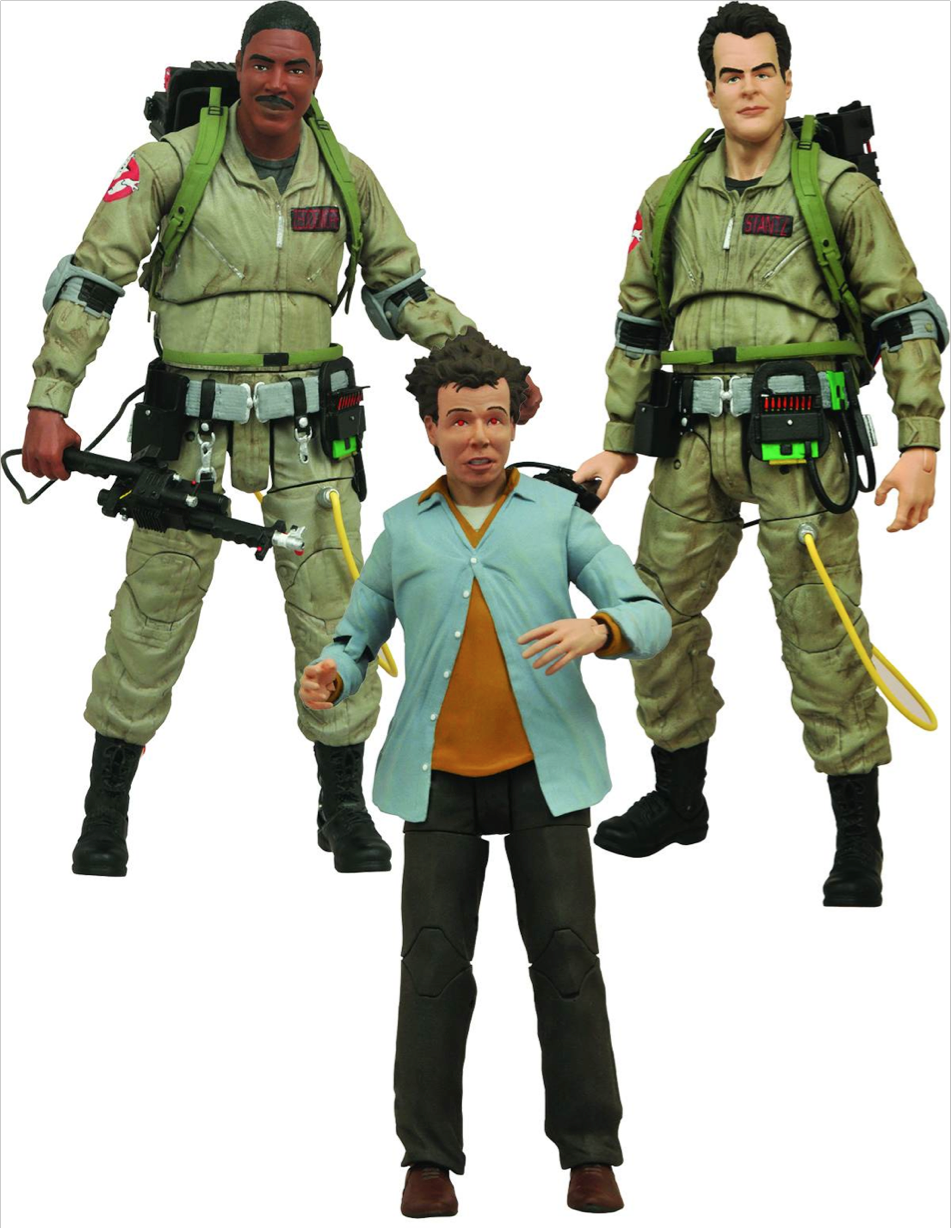