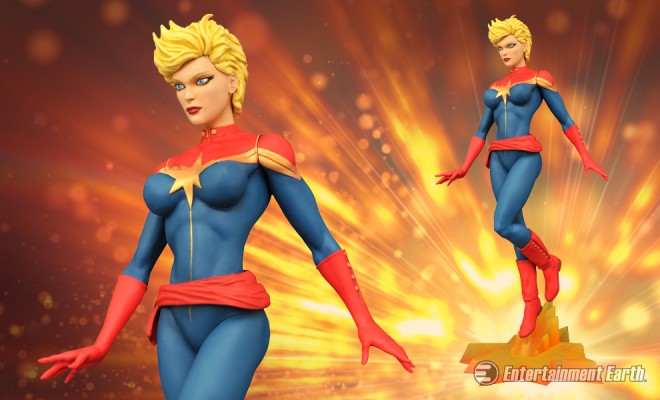 Donning her new blue, red, and yellow costume after assuming the mantle of Captain Marvel, this 9-inch statue beautifully captures the hero in her Marvel NOW! appearance.

This statue is sculpted by Alejandro Pereira and features an exacting paint process, showing Carol as she blasts off with her alien-derived superpowers. If anyone can do it, Carol can!

This is one of only a small handful of figures of Carol Danvers as Captain Marvel so it’s a must for Marvel fans, especially those who belong to the Carol Corps. It’s available for pre-order right now at Entertainment Earth, and waiting for you! It’s set to arrive in June 2016.