This isn’t your father’s Batman. This resin bust depicts a brutal Batman from children’s stories that crushes his enemies with sheer strength and a lack of mercy. And this Robin is the athletic Carrie Kelly, bringing a newly stylized and dynamic version of Batman’s sidekick to life.

These high-quality busts are limited in production. There will only be a total of 3,000 made of each one, making them instant collector’s items. They each come with a numbered certificate of authenticity, proving their value to any collector.

Both busts are to scale with each other, standing about five-inches tall and sculpted out of high-quality resin. The images of the heroes stand tall above the Gotham City architecture that serves as a broad base. Remember, there are only a small number being produced, so pre-order yours at EntertainmentEarth.com right away! 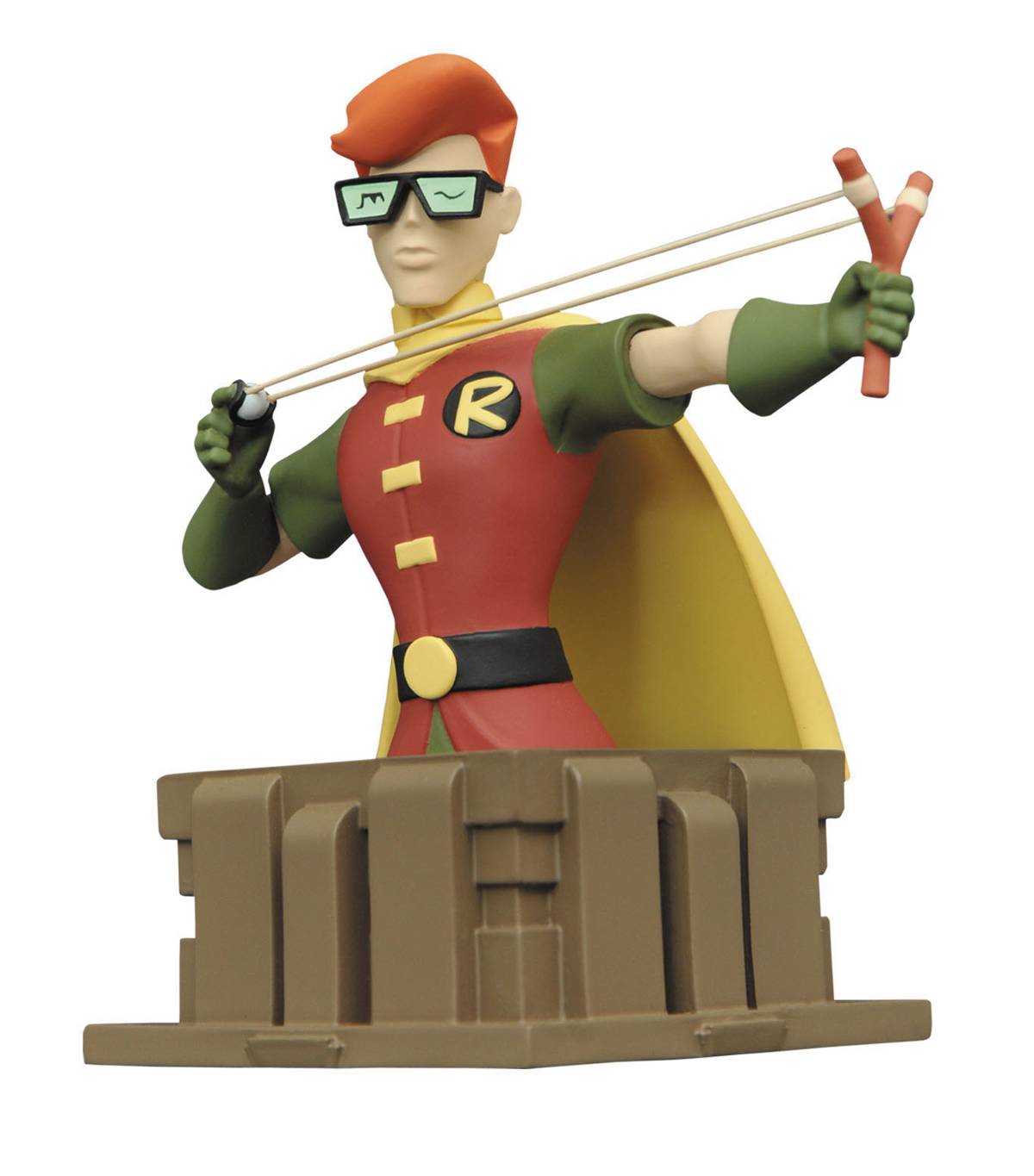