Talia is the definition of femme fatale. As the daughter of legendary Ra’s Al Ghul and loyal agent for the Society of Shadows, she’s both dangerous and sensual. Now she makes a gorgeous statue too!

Just as she appeared in Batman: The Animated Series, Talia looks sensational with a black and grey body suit and luscious brown locks. She carries a gun in her left hand and her Mask of Anubis in her other hand.

Anubis, of course, is important for both her and her father. As the Egyptian god of the afterlife, he’s a symbol for the Lazarus Pit which can revive and regenerate the dead. It’s how her father stayed alive for hundreds of years. She’s even standing on the edge of the Lazarus Pit in this statue!

Made of PVC and standing 9-inches tall, this assassin will make a fine addition to your collection.

The Talia Al Ghul Femme Fatales statue is exclusively available at Entertainment Earth with an expected arrival of November 2015. 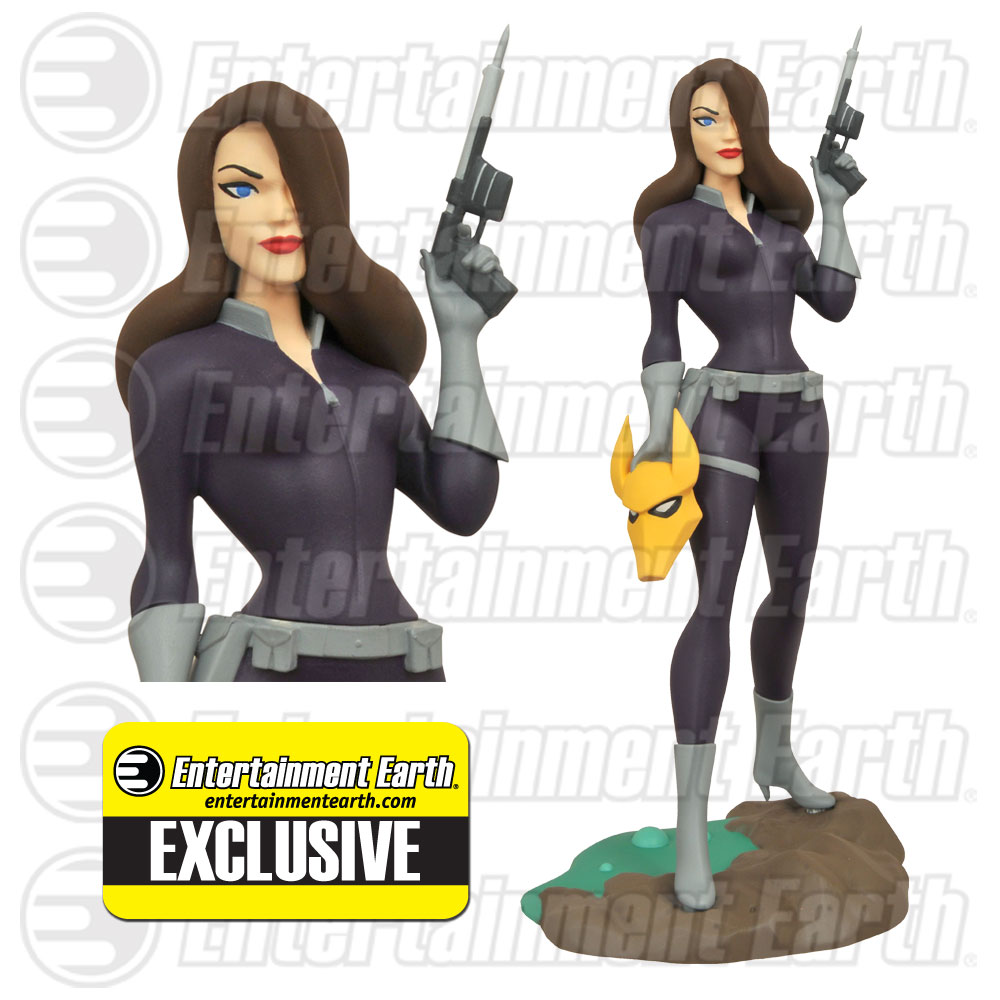