Collectibles are a dream, in this our town of Halloween. Discover where holidays come from with The Nightmare Before Christmas action figures by Diamond Select!

The lovable characters from Tim Burton’s animated holiday classic, The Nightmare Before Christmas, are back, just how you remember them! Wearing real cloth costumes over articulated bodies, these figures are reminiscent of the sculpts used in the stop-motion production of the film.

First comes the Jack action figure with his distressed features, brow furrowed in angry frustration as he ponders what it is that makes Christmastown so special. Something’s up with Jack and it’s a highly articulated 16-inch body with lanky, poseable arms and legs. Jack comes clad in his pajamas, too consumed with his yuletide obsessions to leave home and enjoy what Halloweentown has to offer. He comes packaged in a full-length coffin with a viewing window.

Like a memory long since past returns Jack in 12-inch form, with Sally! This time Jack is in a merry mood, his mouth slightly agape as he is joined with his kindred spirit, Sally. Sally, too, bears a grin now that her companion is here. She senses that something is in the wind and it tells of good times at last. A limited edition of 1,993 numbered pieces, Jack and Sally come packaged together in a coffin.

There are few who deny at what Diamond Select does it is the best, so enjoy The Nightmare Before Christmas action figures, now available at Entertainment Earth. Jack will arrive in February, and Jack and Sally are available now with free shipping.

If you haven’t seen these figures yet, it’s time you begun!

» See All Nightmare Before Christmas Collectibles 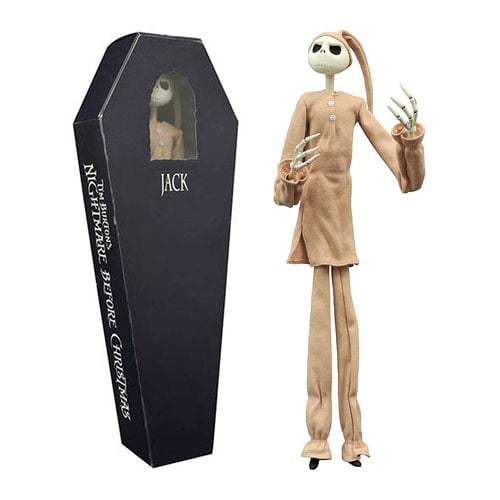 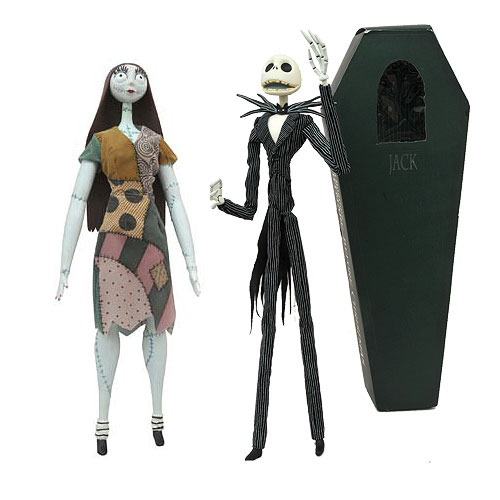