Why Disney+ Could Change Streaming

The phrase “game changer” has become a cliche. But no other phrase so accurately describes what Disney+ could be when it launches on November 12, 2019.

The Walt Disney Company’s long-awaited video-on-demand streaming service will showcase both beloved existing movies and TV shows as well as exciting original content from some of the world’s most recognized and powerful entertainment brands – brands that wield enormous, cross-demographic appeal and influence.

Disney+ will be the only platform from which you’ll be able to stream this content.

And – at least initially – you’ll be able to do so for several fewer dollars a month less than other streaming services. Subscriptions will cost $6.99 a month, or $69.99 a year.

When you consider the extensive library Disney+ will be able to boast, at an extremely affordable price, it’s difficult to imagine it won’t be one of the House of Mouse’s biggest triumphs.

Once Upon a Baseball Streamer 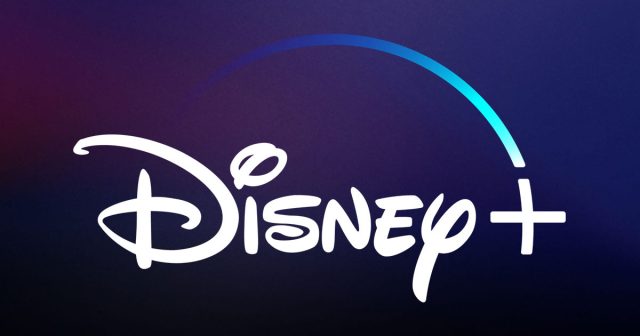 Disney started laying the groundwork for its streaming service back in 2016 when it spent $1 billion for a 33% stake in BamTech.

BamTech was then, as the New York Times reported, “a wonky, little-known technology company housed in a former cookie factory” in Manhattan. Originally created so Major League Baseball fans could watch out-of-town games, BamTech successfully forged partnerships with other clients, most notably HBO, in time for the fifth-season premiere of Game of Thrones.

When Disney acquired an additional 42% share in BamTech for $1.58 billion in 2017, it announced it would launch two streaming services.

One of those services, ESPN+ (Disney has owned ESPN since 1996, as part of its purchase of Capital Cities/ABC), launched last year and now streams a potpourri of sports to more than 2 million paid subscribers. But, as Disney CEO Bob Iger acknowledged on a February earnings call, streaming isn’t yet a money-maker for Disney.

That could all change, in a big way, with Disney+.

When Disney+ launches on November 12, it will be the exclusive VOD home for content from all of The Walt Disney Company’s biggest brands.

Many classic Disney films, new and old, will be found for streaming only at Disney+. Iconic groundbreakers like Steamboat Willie (among the earliest cartoons fully synchronized with sound, and the official debut of both Mickey and Minnie Mouse) and Snow White and the Seven Dwarfs (the first feature-length animated film)… Animated pinnacles like Sleeping Beauty, Bambi, and Fantasia… Live-action favorites like Mary Poppins, The Princess Diaries, and Pirates of the Caribbean: The Curse of the Black Pearl… Modern highlights like The Little Mermaid, Frozen, and Moana… Disney+ will be the ultimate destination for fans of Disney movies.

The service will also feature original movies – including, at launch, the studio’s latest live-action reimagining of a Disney animated milestone, Lady & The Tramp – and plenty for Disney TV fans, from fondly remembered favorites like DuckTales, Goof Troop, That’s So Raven, and Kim Possible, to new offerings that include docuseries taking deep dives into Disney theme park magic.

Starting with the still-soaring Captain Marvel, all Marvel Cinematic Universe (MCU) films – like all Disney theatrical releases from 2019 and forward – will stream exclusively on Disney+. Captain Marvel, Iron Man, Iron Man 3, Thor: The Dark World, Black Panther, Ant-Man and the Wasp, and Thor: Ragnarok will be available to stream on Disney+ when it debuts. Inevitably, more MCU chapters will join them as licensing deals to expire.

The MCU will also make up a good deal of the service’s original programming. As Marvel president Kevin Feige has said, “A post-Endgame MCU will be extremely different, and extremely focused on Disney Plus tying into our future movies.”

Get ready for at least these already announced series:

But what will truly tempt most Star Wars fans to put their hard-earned Republic credits behind Disney+ is its new content from the Galaxy Far, Far Away it will host.

The highly anticipated seventh season of the animated Star Wars: The Clone Wars will bring the stories of Anakin Skywalker, Ahsoka Tano, and Obi-Wan Kenobi to the cusp of Star Wars: Revenge of the Sith, filling in gaps fans have wondered about for years.

And The Mandalorian, which follows a lone laser-gunslinger making his way in the universe after the Empire’s demise, is Star Wars‘ first live-action TV series. It’s hard to imagine passing up their chance to watch a whole series focused on a protagonist from a society that has fascinated Star Wars fandom for four decades! Certainly, the series will be one of the major focuses of Triple Force Friday in the fall.

If you’re looking for all of Pixar’s hits, you’ve got a friend in Disney+! They’ll all be here – Toy Story, A Bug’s Life, Cars, The Incredibles, Finding Nemo, Finding Dory, and more.

Plus, new, exclusive Pixar content is on the horizon. Mike and Sulley from Monsters, Inc. are back, voiced once again by Billy Crystal and John Goodman, in a new sequel series set on the Laugh Floor, Monsters At Work. And Pixar SparkShorts will showcase up-and-coming animators and new storytelling techniques.

All This… And The Simpsons, Too!

Don’t have a cow, man! But thanks to Disney’s $71.3 billion acquisition of Twenty-First Century Fox, finalized in March, it now owns television’s longest-running primetime scripted series (it broke Gunsmoke‘s record nearly one year ago). Disney+ will have all 30 seasons available for streaming when it launches. Ay caramba, indeed!

And this brief overview of what you’ll be able to find on Disney+ hasn’t even touched on the fact that, also as a result of Disney’s acquisition of Fox, the service will also be offering new and existing content from National Geographic!

Disney’s not known for doing anything halfway. With the debut of Disney+, the company stands poised to rewrite the rules of streaming just as they have for animation, amusement parks, and so much else.

Not every risk the company has ever taken has been a success. But if Disney’s unique brand of marketing and magic holds, Disney+, with its comprehensive range of content and initially low price point, could have popular culture fans and corporate executives alike feeling supercalifragilisticexpialidocious.

Is the Disney+ stream the wish your heart makes? Let us know in the comments below if you’ll be signing up come November, and why or why not!