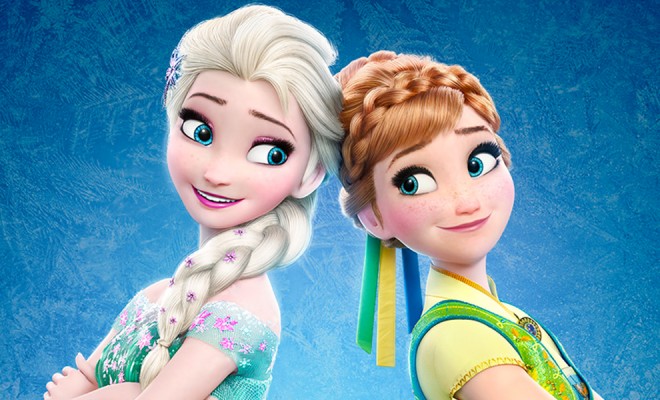 Disney is really making today a perfect day! The “Frozen Fever” short airs before Cinderella this weekend, the single “Making Today a Perfect Day” is now available (listen below!), and Frozen 2 was announced at an annual shareholder event.

Disney chairman and CEO Bob Iger teamed up with John Lasseter, chief creative officer of Walt Disney and Pixar Animation Studios, and Josh Gad, voice of Olaf the Snowman, to make the announcement.

“We enjoyed making ‘Frozen Fever’ so much and being back in that world with those characters,” Lasseter said. “Jennifer Lee and Chris Buck have come up with a great idea for a sequel and you will be hearing a lot more about it and we’re taking you back to Arendelle. We are so excited about that.”

Directors Jennifer Lee and Chris Buck are working with product Peter Del Vecho on developing the sequel. We expect to see the cast return, since they reunited for “Frozen Fever” and love the characters just as much as we do.

After generating nearly $1.3 billion at the box office and possessing a gamut of merchandise, it’s no surprise that Frozen gets a sequel. Both children and adults flock to the story and we see the success continuing with this sequel. The production details and release date are yet to be announced, but we can’t wait for the excitement when they are.

I’m excited about this and ready to get #2frozen2flurrious! Tell us what you think about Frozen getting a sequel in the comments!

At last, I can say – FROZEN 2!!!! I'm beyond excited to create alongside my Frozen family! pic.twitter.com/Xgbt67QuGc