Don’t Blink. Don’t. Even. Blink. Or This Statue Will Be Gone! 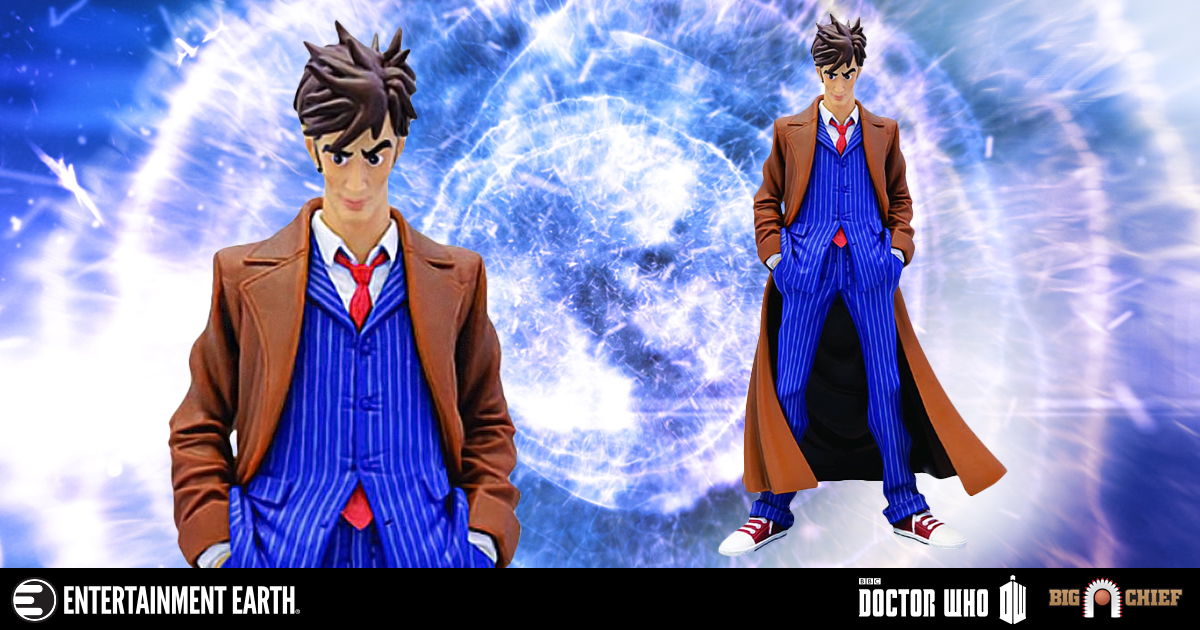 It’s lifesaving advice the Doctor has given many a companion, in many of his incarnations – and, we fully expect, something she will be telling her future fellow travelers in time and space to do as the Thirteenth Doctor.

But no version of the Doctor looked better equipped to make a dash for it than the Tenth Doctor, played by David Tennant. This brilliant vinyl Tenth Doctor statue from the artisans at Dynamix proves it!

Inspired by the character’s stylized, angular appearance in IDW’s comic books from 2008-2010, the Doctor stands with his feet planted firmly on the ground, hands in the pockets of his electric blue pinstripe suit.

But his alert eyes suggest he’s ready to spring into action, and you can easily imagine that full-length brown trench coat flapping behind him as he sprints down the corridors of a base under siege in a narrow escape from the clutches of the Cybermen or the plungers of the Daleks, with Rose or Martha or Donna at his side.

This Tenth Doctor figurine stands about nine inches tall from the toes of his signature red-and-white Converse sneakers to the tips of his unruly hair. He comes with two interchangeable heads (one wearing the 3-D glasses that help him see the world from his unique point of view) and a display stand that sports the Doctor Who series logo. He doesn’t come with a sonic screwdriver, but he will show up at your shipping address in a window-display box that looks like the TARDIS.

But don’t blink – Don’t. Even. Blink. – or you’ll miss your chance to add the Doctor Who 10th Doctor Blue Suit Dynamix Statue to your desk or display case. It’s limited to only 3000 pieces, so allons-y! Pre-order yours today, and – at least as far as your Doctor Who collection is concerned – the Tenth Doctor’s song will never have to end. This statue may look ready to run – but you won’t want him to go. 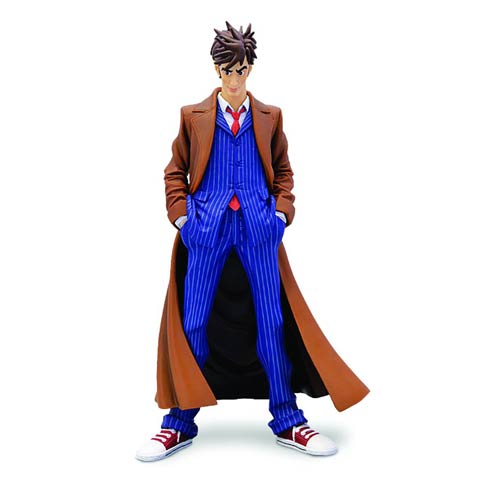