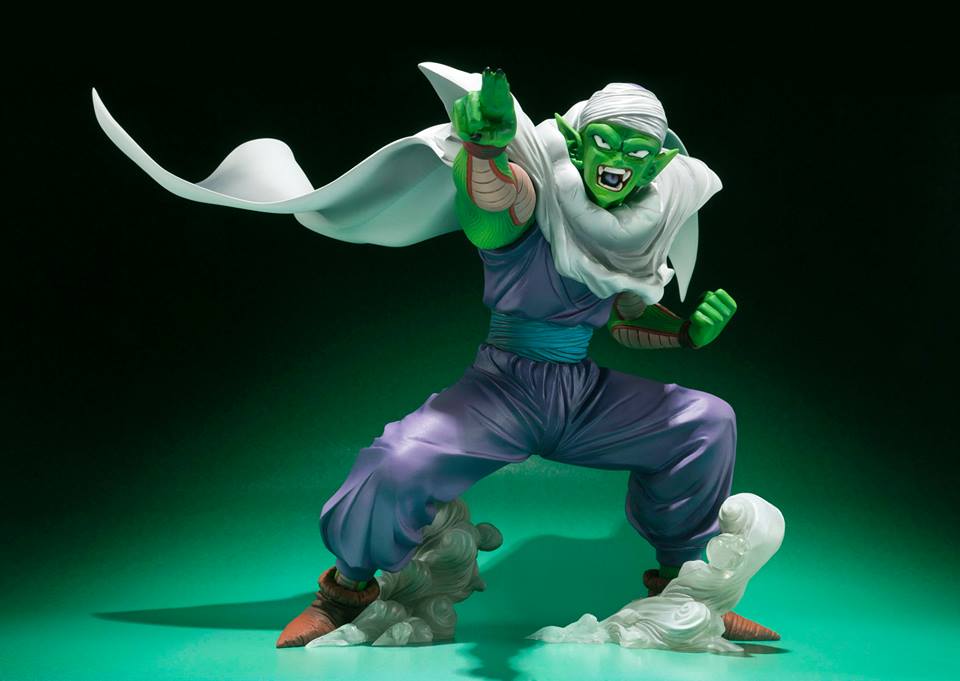 Dragon Ball Z is the anime adaptation of the second portion of the Dragon Ball manga, created by Akira Toriyama. Dragon Ball Z follows the adult life of Goku and parallels the maturation of his children, Gohan and Goten.

Goku joins the Dragon Ball Z Figuarts Zero line in his ultimate Genkidama (Spirit Bomb) attack pose. This highly detailed statue pays homage to the episode where Son Goku fights the tyrant Frieza on Planet Namek. Goku’s expression and the damage to his clothing are carefully sculpted and colored. Realistically crafted with clear components are clouds of dust at Goku’s feet. The Goku statue includes a special display stand.

Frieza joins the Dragon Ball Z Figuarts Zero line in his final form. This high quality statue recreates Frieza during the final moments of his climactic fight with Goku on Planet Namek. In his final form, Frieza uses 100% of his power. Frieza’s added bulk has been rendered with meticulous detail. This statue captures his rippling muscles from the fight for his life. Energy effects surge around the conqueror of worlds, demonstrating his lust for destruction. Frieza is seen on a detailed base that reflects the Namekian planet laid to waste. This Frieza statue measure over 5 inches tall.

Another member of the Dragon Ball Z Figuarts Zero statue collection is the Saiyan Prince Vegeta. Vegeta is portrayed executing his “Final Flash” attack during the character’s violent battle with Cell. This master-crafted sculpt features brilliant translucent effects and subtle coloring in the palm areas to portray the powerful technique. The smoke around his feet also acts as a special display stand, further enhancing the display. No detail has been overlooked, including the bulging veins on this determined Saiyan’s forehead. The prince would be proud.

Frieza and Super Saiyan Vegeta are currently available to order, with Piccolo and Goku slated to arrive in December 2014 and February 2015, respectively.