If you’ve never been to Dragon Con, you’re missing out on the largest multi-media, pop culture convention. It’s okay…I haven’t been there either. But that hasn’t stopped me from looking at the adventures of Dragon Con! Check out the gallery of fantastic cosplayers below!

For those who don’t know, Dragon Con, also known as Dragon*Con, DCon and D*C, is a massive multi-media convention that takes place in Atlanta, Georgia over Labor Day weekend every year. Founded in 1987, the convention draws over 50,000 attendees from across the nation (and the world). Dragon Con invites hundreds of guests, takes over five major hotels in downtown Atlanta, and runs thousands of hours of programming, with the help of a 1,500 member volunteer staff.

Unfortunately, I’ve never made it to Atlanta for Dragon Con. DCon is the big east coast con. If you’re from the west coast and you can only travel cross country once, you do it for Dragon Con. Between the programming, guests, cosplayers, and annual parade, it is more than worthwhile to experience Dragon Con at least once.

Dragon Con 2014 was no exception. Thousands of cosplayers descended upon the greater Atlanta area to show off the costumes they’ve spent months (and in some cases, years) working on. Veteran and newbie cosplayers alike take this opportunity to don their character ensemble and congregate with likeminded individuals.

HurleyFX with James Gunn[/caption]One artist in particular, HurleyFX, stood out with a stunningly detailed Groot bodysuit from the August film Guardians of the Galaxy. It was an instant success. HurleyFX did such a good job that Guardians director James Gunn took a photo with him.

As all Dragon Con attendees know, the carpet is a quite notorious pattern of vibrant colors. Despite the legal kerfluffle of last year’s carpet costumers, 2014 brought more artistic renditions of the recognizable carpet design! From bunny suits to a moving chariot, the Marriott’s patterned carpet costumes were a hit with everyone (myself included)!

So, through careful consideration and meticulous web browsing, we’re here to bring you the best, funniest, and most incredible costumes of Dragon Con 2014.

Did you attend DCon? Did we miss your Dragon Con costume? Who did you dress as and what was your favorite part of the con? Let us know below! 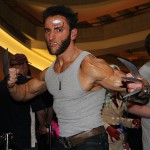 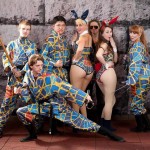 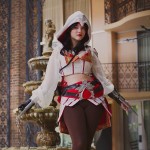 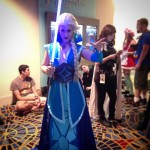 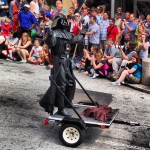 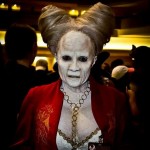 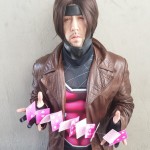