These DC Finders Keyper Statues Will Guard Your Keys Against All 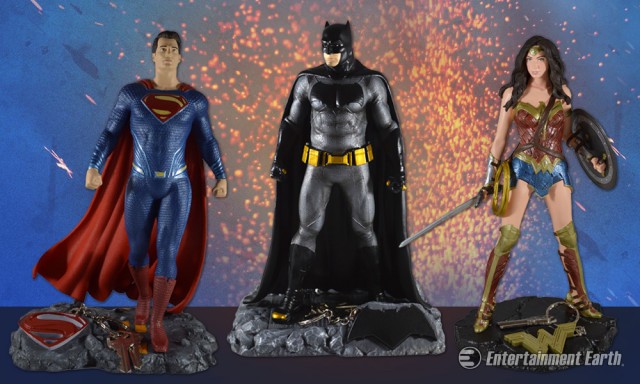 These handy Finders Keyper statues feature the world’s greatest superheroes – plus a built-in key chain holder! Gotta love when your collectibles can serve double-duty as productive members of the household.

The Batman Finders Keyper Statue stars the broody Dark Knight on a diorama base, just as grim and stoic as his movie counterpart.

The Wonder Woman Finders Keyper Statue has the ass-kicking Amazonian Princess standing ready with sword and shield already in hand.

The Superman Finders Keyper Statue features the Kryptonian golden boy in a typically heroic pose, eyes to the sky and inches from blasting off for the stratosphere.

Each statue stands 10-inches tall and each features the respective hero’s logo as a detachable keychain. They’ll be blasting their way onto the scene this month, so now’s the time to order yours!