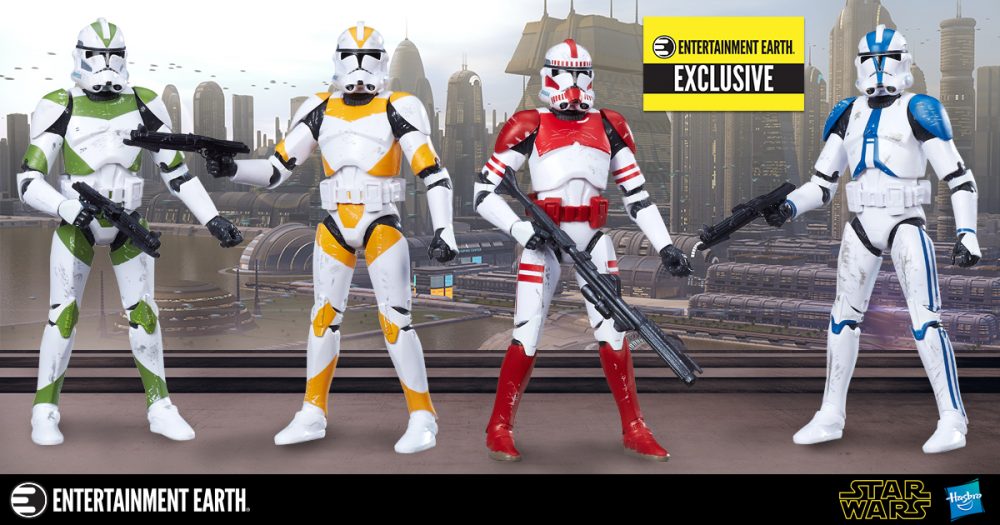 These amazingly detailed and equipped figures represent the Clone units who enacted Order 66 and removed last obstacle to the Emperor’s iron-fisted reign.

Hasbro artists have outdone themselves with these figures. The clones have the superior mobility and articulation you’ve come to expect from The Black Series – double-jointed knees, rocker ankles, bend-and-swivel wrists – and they boast outstanding weathering and battle-damage detail. You’ll be able to pose some striking combat scenes on your bookshelf or desk.

Even the packaging is special. Each trooper is individually window-displayed in a triple-hinged, accordion-like folding box. When folded, the box fits inside a slipcase adorned with a sharp, black-and-white scene of the clones in action.

This impressive set commemorating one of the most sobering events in Star Wars lore makes an altogether worthy addition to your Star Wars collection.

Pre-order these exclusive action figures at Entertainment Earth today and get free shipping.