The aesthetic of a collection is about expression and individuality. Long gone are the days when a trip to KB Toys could help you bring home everything you need for your collection. You’re not going to have the biggest collection, it’s just not possible. But in the spirit of helping your collection be the most that it can possibly be, Entertainment Earth has teamed up with some top-shelf toymakers to bring you many exclusive items that can’t be found anywhere else.

Some of these collectibles are simple must-haves. Funko’s Pop! Vinyls have one of the most extensive libraries of collectible figures out there, and many of them can be found only at Entertainment Earth. For example, your DC Heroes Pop! Vinyl collection goes nowhere without these Batman 75th Anniversary Rainbow Batman Pop! Vinyl Figures. They come in blue, pink, purple, yellow, orange, and green. And what would a collection of Rainbow Batman Pop!s be without the exclusive Batman 1950’s Comic Pop! Heroes Vinyl Figure? This figure is looking a lot like Adam West, but is founded on the artwork of 1950s era Batman comics.

Speaking of the Pop! Vinyl library, you probably have an Oscar the Grouch-shaped hole in your collection. And that hole is probably orange colored, oddly enough. So get your hands on this Sesame Street Oscar the Grouch Orange Debut Pop! Vinyl Figure. Entertainment Earth is the only place you can find it to fill that space that is so desperately absent.

Now, if you’re truly an avid collector, you probably have those above obvious choices. But do you have a Cthulhu Glow-in-the-Dark Pop! Vinyl Figure? What about the Despicable Me 2 Mustache Carl Pop! Vinyl Figure? These two deep cuts from our exclusive collection give an entirely unique spin to the direction of any display.

Now, Funko is great, and clearly a favorite company of many collectors. But few avid collectors have entirely vinyl stashes. You’re going to want to throw some tin in there, somewhere.

Back in the day, lunchboxes were gorgeous and indulgent popular culture affairs. These days they are just highly insulated pieces of anti-microbial food transportation technology, both hygienic and energy efficient. You can capture the gold age of the lunchbox with some exclusives from our tin tote collection. For example, the Saturday Night Live The Ambiguously Gay Duo and Bighead 3 3/4-Inch Figures in Tin Tote is an item you can get first at Entertainment Earth!

And if The Twilight Zone is your thing, you can’t miss with this The Twilight Zone Five Characters in Search of an Exit 3 3/4-Inch Action Figures In Color. This landmark episode starts out like a bad joke (a ballet dancer, a bagpiper, a clown, and an army major all walk into a dark pit…), but things get dark, fast. And these figures are just obscure enough to make you look like the ultimate nerd — I mean collector — when you show them as part of your display.

With this kind of collecting power at your fingertips, you don’t want any obvious omissions in your collection. Do you want to be the last kid on your block to own the Star Wars Jabba’s Palace Nesting Dolls? Chances are, if you get a hold of this Entertainment Earth exclusive, you’ll be the first!

From coffee mugs, to Godzilla figures, to coaster, to bottle openers, to completely bizarre action figures featuring Kirk and Spock in mid-transportation beam, Entertainment Earth have exclusive collector’s items that will blow the minds off of fellow collectors and make your own collection fully unique. 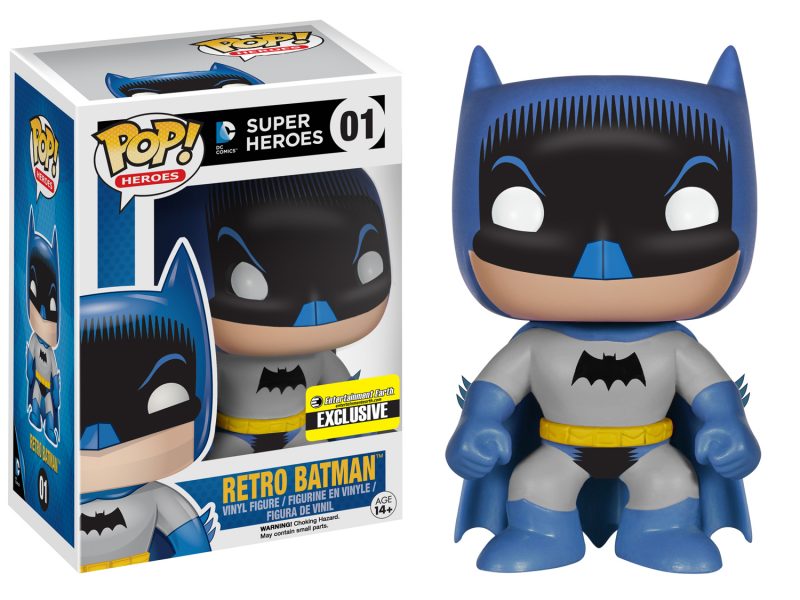