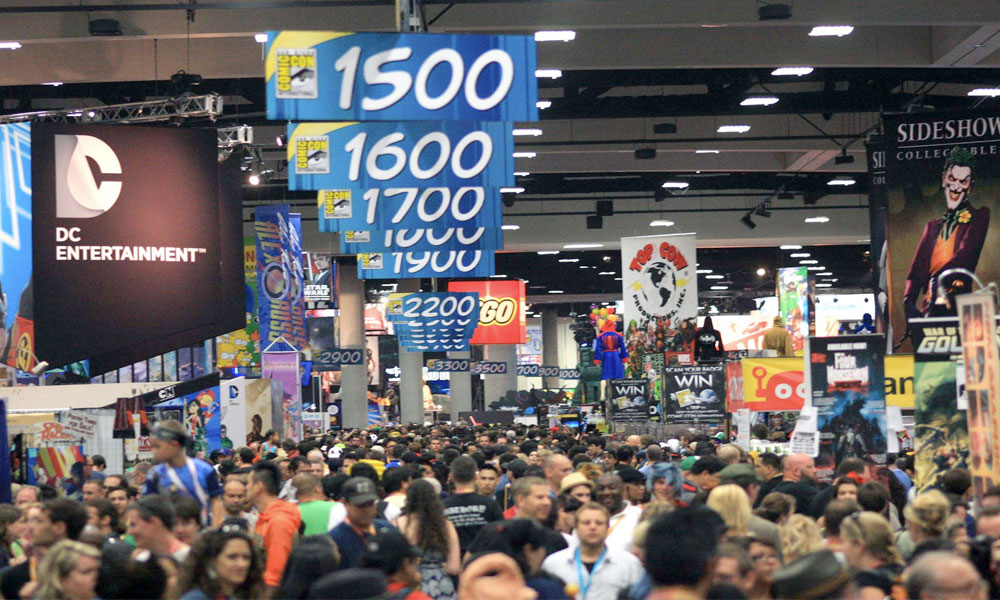 It’s over. We wait all year for the chance to experience San Diego Comic-Con, and that long weekend came and went. Are you sad? We’re sad. But it’s okay! We have a video to make everyone feel better.

We know that many of you wait hours in line for most of the show. By waiting for panels, you may not have made it to the exhibit hall or had the chance to see the convention up close. Fret not, we’ve got you covered! Take a tour of San Diego Comic-Con with Entertainment Earth.

Sit back and enjoy as Josh Harnett talks about his Star Wars toys. Check out Penny Dreadful‘s Reeve Carney and John Logan as they meet their fans. Watch as Saturday Night Live‘s Seth Meyers stops by to sign bobble heads and action figures. Jason Mewes goes wild on the convention floor. The Howard Stern Show crew and Triumph The Insult Comic Dog spend time with fans. Meet the cast of Avengers: Age of Ultron. Catch Brent Spiner chatting with Entertainment Earth employees. If that’s not enough for you, this video features cosplayers whose work will blow your mind and toy displays that will make you salivate!

What was your favorite part of this years San Diego Comic-Con? Did you run into someone famous on the floor (Spider-Man perhaps?) Sound off below!